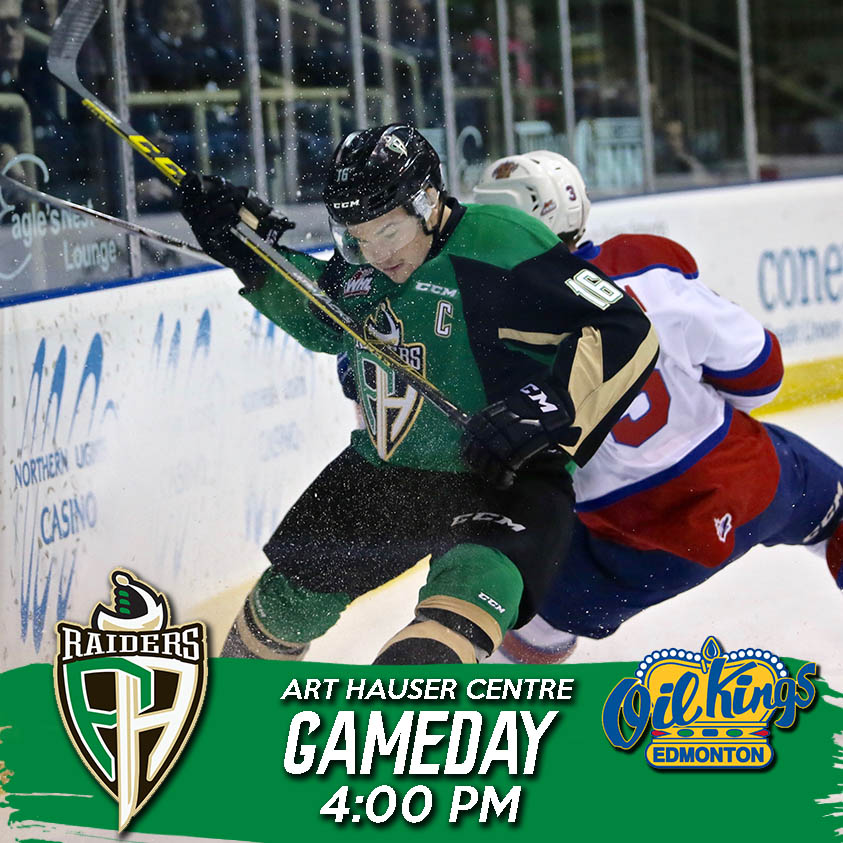 RAIDER REVIEW: The Prince Albert Raiders (1-2-0-0) will try to get their first home win of the season on Sunday afternoon when the Edmonton Oil Kings (2-1-1-0) come to town. The Raiders are coming off a 5-2 loss to the Swift Current Broncos at the Art Hauser Centre on Friday night. Austin Glover and Simon Stransky scored the Raiders’ goals. Ian Scott made his third consecutive start, making 30 saves in the loss

VS. EDMONTON: The Raiders meet the Oil Kings for the first time this season. Last year, the teams split the season series with two wins each. Each team won a game at home and on the road. Reid Gardiner had three goals and three assists to lead all scorers in four contests last year. Simon Stransky added two goals and two assists.

ON SUNDAYS: This is the Raiders’ first of six games on Sunday this season. Last year, the Raiders played eight games on either Sunday afternoon or night, finishing with a 6-2-0-0 record.

PLAYING CLEAN:  The penalty box has been an unfamiliar area to the Raiders so far this season. This season, the Raiders are averaging 8.7 penalty minutes per game, which is the fewest in the Western Hockey League. They might not see much time on the power play on Sunday. Edmonton has the second fewest in the WHL with 9.0 per game.

NEXT UP: The Raiders are off until Wednesday night when they host the Portland Winterhawks for a 7 p.m. puck drop. Wednesday night’s game closes out a four-game homestand. Following that, the Raiders hit the road for three consecutive games beginning on Thursday night in Saskatoon.