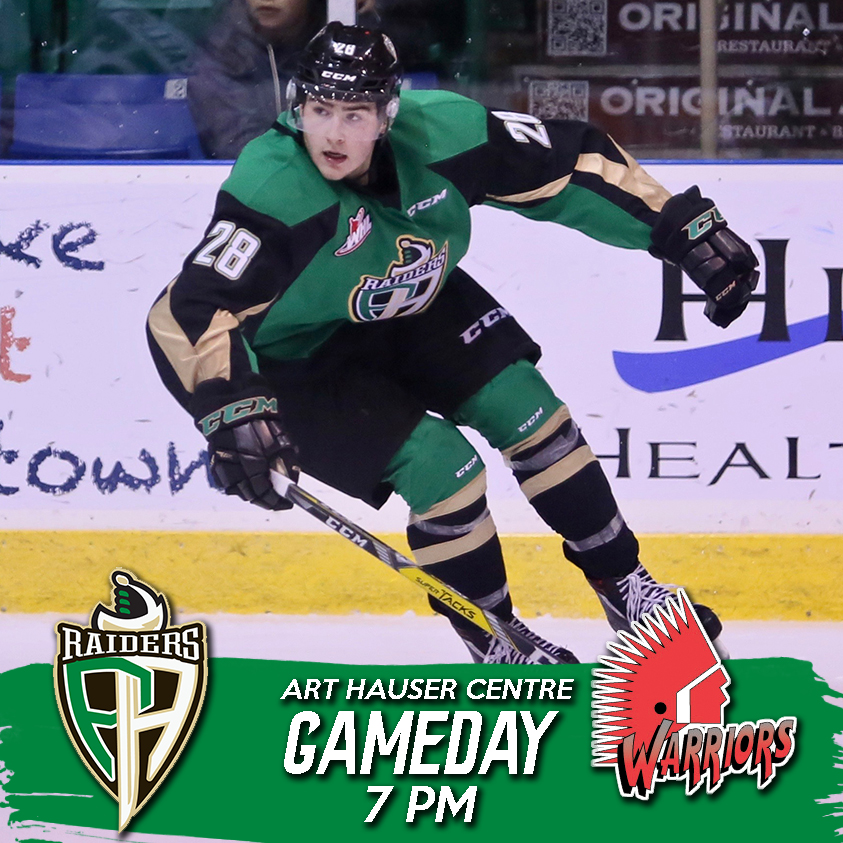 RAIDER REVIEW: The Prince Albert Raiders (5-20-1-0) open December’s schedule in a similar fashion to how they opened November – with a game against the Moose Jaw Warriors (15-5-4-0). Tonight, the Warriors make their first trip to Prince Albert this season. The Raiders enter tonight’s contest following a 5-1 loss to the Hurricanes on Wednesday night in Lethbridge at the Enmax Centre. Giorgio Estephan scored twice, while Calen Addison, Tyler Wong and Ryley Lindgren also found the back of the net for the Hurricanes. The Raiders snapped the shutout bid at the 3:26 mark of the third period when Sean Montgomery beat Stuart Skinner shorthanded. Ian Scott got the start for the Raiders, making 36 saves in the loss.

VS. MOOSE JAW: This is the second of eight meetings between the Raiders and the Warriors this season and the first of four at the Art Hauser Centre. In the previous meeting, the Warriors edged the Raiders 3-1 in Moose Jaw on the strength of a 41-save performance by Zach Sawchenko.

FAMILIAR FOES: The Raiders and the Warriors will be seeing a lot of each other over the next 40 days. The two teams face off four times – including tonight’s game – in the month of December and once in the first week of January.

BUTTON’S LIST: TSN Director of Scouting Craig Button released his November rankings for the 2017 NHL Draft on Wednesday.  Ian Scott was the lone Raider to make an appearance in his rankings, coming in at 65th overall

NEXT UP: The Raiders travel to Regina to take on the high-flying Pats on Saturday night at the Brandt Centre. Puck drop is 7 p.m. The Raiders return to the Art Hauser Centre on Tuesday when they host the Jake Bean and the Calgary Hitmen. Game time is 7 p.m. Tickets are available here, at the Raider Office or by calling 306-764-5348.