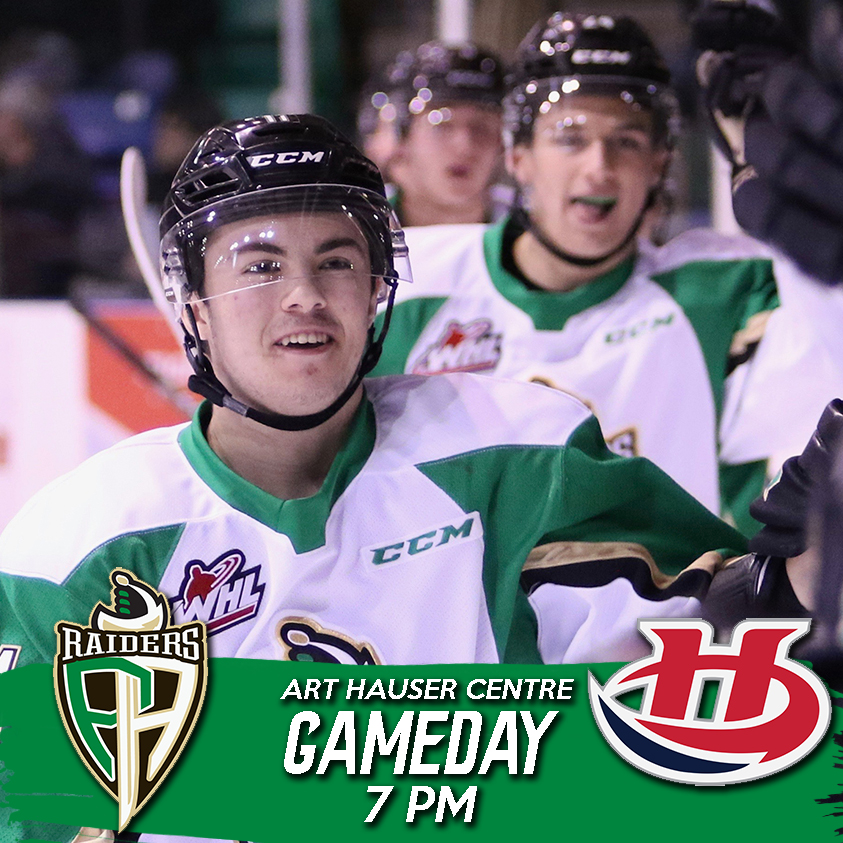 RAIDER REVIEW: The Prince Albert Raiders (11-34-3-2) open another three games in three nights when they host the Lethbridge Hurricanes (26-15-4-3) tonight at the Art Hauser Centre. The Raiders are riding a three-game winning streak after sweeping a weekend swing through Alberta. The final game was a 3-2 overtime win over the Calgary Hitmen on Sunday afternoon. Jordy Stallard opened the scoring late in the first period to run his goal-scoring streak to four games. In the second, Kolten Olynek doubled the Raiders’ lead on a power play. With 5:10 left in the second, Calgary cut into the Raiders lead to make it a 2-1 game after 40 minutes. In the third, Matteo Gennaro levelled the score with 46 seconds to play, sending the game to overtime. In the extra frame, Brayden Pachal notched the game-winning goal at the 1:52 mark when he picked the corner on Trevor Martin’s glove side. Nicholas Sanders had another strong outing in net with 30 saves to claim his third straight victory.

VS. LETHBRIDGE: This is the second of four meetings between the Raiders and the Hurricanes this season and the first at the Art Hauser Centre. The Raiders were downed 5-1 by the Hurricanes in Lethbridge on Nov. 30. Sean Montgomery scored the Raiders’ lone goal in the contest.

COMING UP CLUTCH: Defenceman Brayden Pachal hasn’t scored many goals in his WHL career, but when he does, they’re usually important. Since joining the Raiders at the WHL Trade Deadline, the Estevan product has two goals to his name – both of which were game-winning goals. He currently leads the team in that category.

NEARING THE TOP: Rookie forward Cole Fonstad keeps inching closer to find himself among the Raiders’ scoring leaders. The 16-year-old has 20 points this season, which places him behind just Simon Stransky (30) and Parker Kelly (22). The Estevan product has eight goals and 12 assists during his first WHL season and has four points in his last five games.

NEXT UP: The Raiders continue their busy month on Saturday night when they host the Moose Jaw Warriors at the Art Hauser Centre. Tickets can be purchased at raiderhockey.com, in the Raider Office, or by calling 306-764-5348.