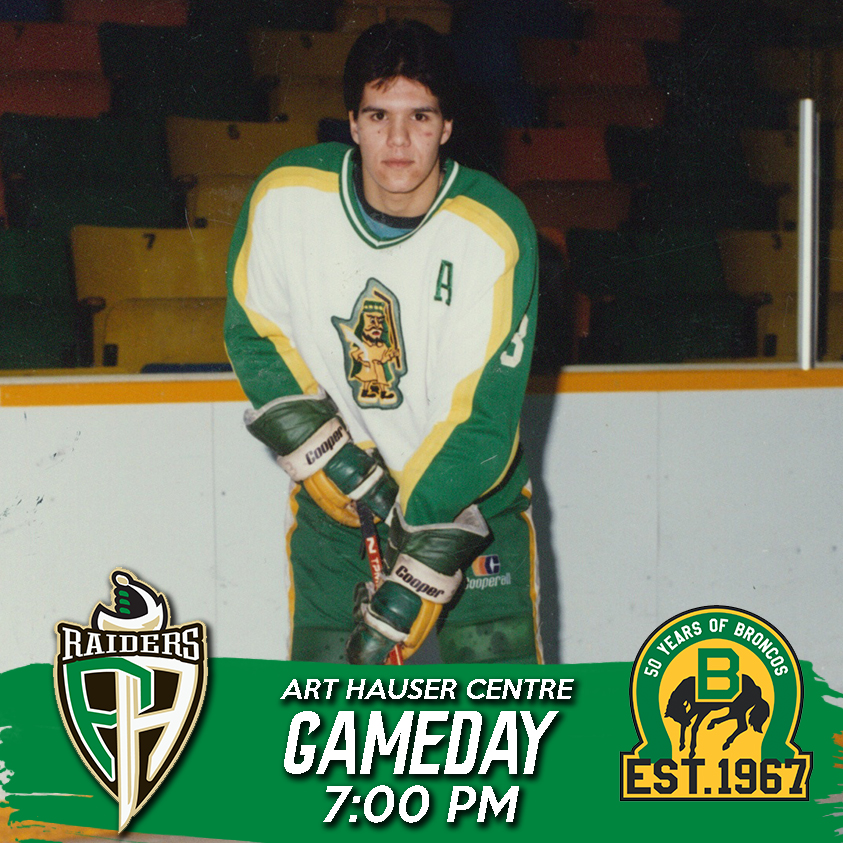 RAIDER REVIEW: The Prince Albert Raiders (1-1-0-0) will try to end the month of September on a good note when they host the Swift Current Broncos (1-1-0-0) on Friday night. The Raiders are coming off a home-and-home season-opening split with the Regina Pats last weekend. On Sept. 23, Simon Stransky had two goals and an assist in a 4-3 overtime win over the Pats in Regina. In the rematch on Saturday night at the Art Hauser Centre, Jake Leschyshyn matched Stransky’s point line for the Pats in a 4-2 win over the Raiders.

VS. SWIFT CURRENT: This is the first meeting of the year between the Raiders and the Broncos. Last season, the East Division rivals split the eight-game season series. It was a close series between the clubs, with six of the eight games being decided by one goal. Now graduated Jon Martin led the Broncos’ offensive efforts against the Raiders, notching 11 points in eight games. Reid Gardiner was the Raiders’ top scorer in the season series, scoring three times and adding four helpers.

ROSTER MOVES: It was a busy week for Raiders roster moves. Vojtech Budik, Luke Coleman and Rylan Parenteau experience with NHL teams has ended, with the players being returned from the Buffalo Sabres, Detroit Red Wings and Vancouver Canucks, respectively. The Raiders then added a veteran defenceman, acquiring 1997-born blueliner Cameron Reagan from the Kamloops Blazers for a conditional WHL Bantam Draft pick. He is a veteran of 99 WHL games with the Blazers. The Raiders also re-assigned forward Josh Maser and defenceman Cody Thompson.

FIVE ASIDE: The Raiders and the Broncos are both led in scoring by players who have each put up five points. On the Raiders’ side, Stransky has two goals and three assists to the lead the team. For the Broncos, it’s Tyler Steenbergen leading the way with three goals and two assists.

NEXT UP: The Raiders are back in action on Sunday afternoon when they host the Edmonton Oil Kings (2-0-0-0) for a 4 p.m. puck drop at the Art Hauser Centre. Following the game, fans are invited to step onto the ice and skate with the Raiders. Helmets must be worn on the ice. No sticks are allowed.