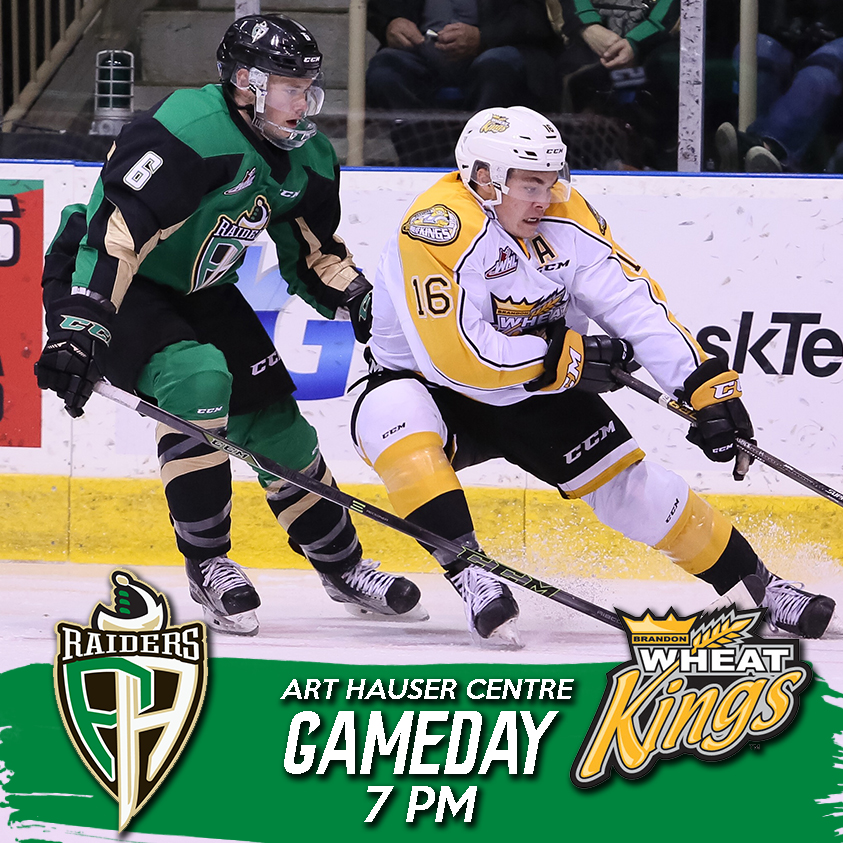 RAIDER REVIEW: The Prince Albert Raiders (14-38-3-2) host the Brandon Wheat Kings (27-21-6-2) tonight to begin a busy week at the Art Hauser Centre. In the Raiders’ last contest, they outlasted the Kootenay ICE in an eight-round shootout to pick up a 4-3 victory. After Kootenay opened the scoring in the first, Simon Stransky found the back of the net with 1:48 to play in the period to tie the game. After a scoreless second, the ICE regained their lead early in the third. However, back-to-back goals from Parker Kelly and Curtis Miske gave the Raiders a 3-2 advantage. The ICE tied the game late in the third, sending it to extra time. After overtime solved nothing, Cole Fonstad scored in the eighth round of the shootout to give the Raiders the win. Nicholas Sanders made 34 saves in the victory and allowed just one goal in the shootout.

CLOSE CONTESTS: The Raiders and Wheat Kings have been evenly matched in their last three games. All three were decided by one goal, with the last two meetings needing overtime.

LEADING THE WAY: With a goal and an assist on Saturday night, Curtis Miske extended his season-long six-game streak. The ’97-born forward from Beaumont, AB has four goals and four assists in that span. He also leads the team in goals (7) and points (7) since the WHL Trade Deadline.

NEXT UP: The Raiders are back at it on Friday night. They take on the U.S. Division for the final time as the Everett Silvertips make their biennial visit to the Art Hauser Centre. Puck drop is 7 p.m. Tickets can be purchased at raiderhockey.com, in the Raider Office, or by calling 306-764-5348.