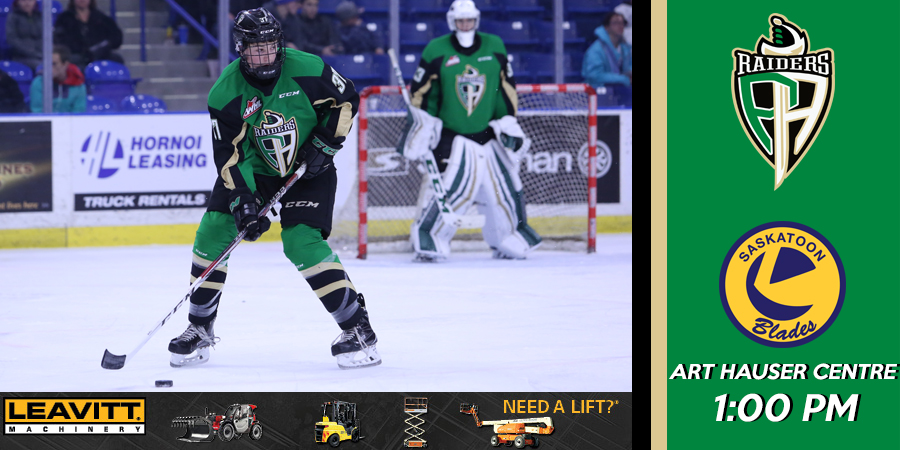 RAIDER REVIEW: The future of the Highway 11 Rivalry will be on display this afternoon as the Prince Albert Raiders open the 2017 WHL Pre-season against the Saskatoon Blades (1-1-0-0) in the Young Guns Game.

LATE START: The Raiders will be one of the last teams to take the ice for a pre-season contest. After Sunday, only the Brandon Wheat Kings and Kootenay ICE will have yet to play in 2017.

PRE-SEASON SUCCESS: The Raiders finished the 2016 WHL Pre-season with a 3-2 record. The Raiders downed the Blades in both of their pre-season meetings last season, including a 5-3 victory in the Art Hauser Centre.

NEXT UP: The Raiders open a home-and-home series against the Saskatoon Blades on Friday night at the Art Hauser Centre. Puck drop is 7 p.m. On Saturday, the Raiders and the Blades square off in Warman at the Legends Centre.