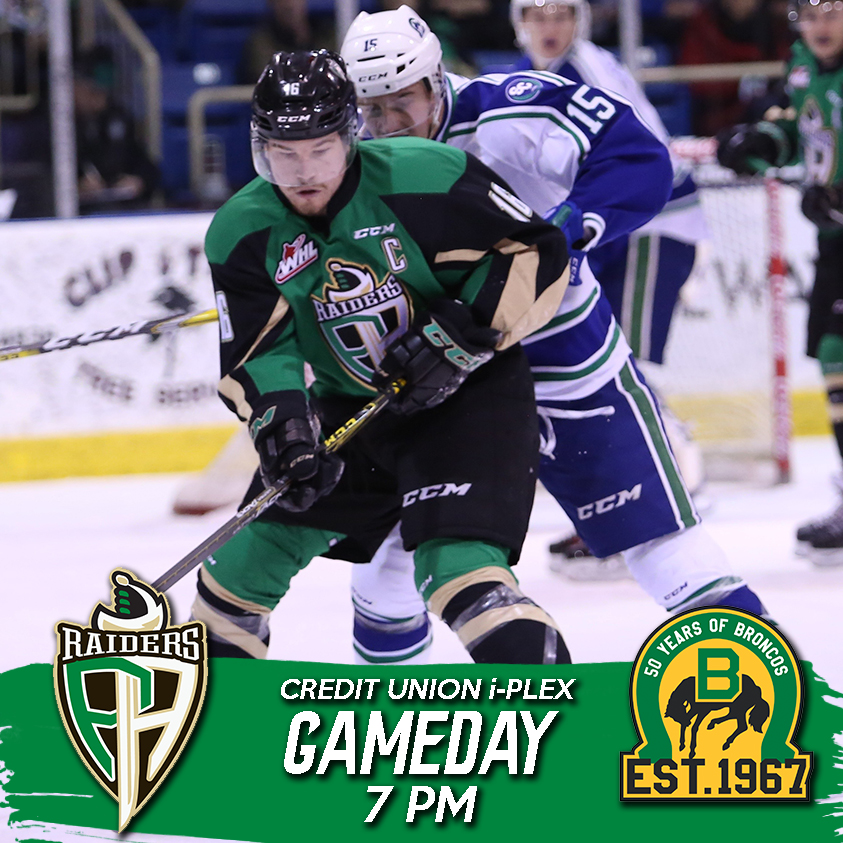 RAIDER REVIEW: The Prince Albert Raiders (8-30-1-2) hit the road to take on the Swift Current Broncos (22-12-3-4) tonight at the Credit Union i-Plex. Last night at the Art Hauser Centre, the Raiders were defeated 7-1 by the Tri-City Americans. Jordan Topping opened the scoring in the first period, while Dylan Coghlan scored in the second to give the Americans a 2-0 lead after 40 minutes. In the third, Maxwell James, Riley Sawchuk and Michael Rasmussen all scored in the first five minutes of the frame to chase Ian Scott from the net. He in finished the game with 17 shots. With Nicholas Sanders in net, Topping tallied his second and Kyle Olson found the back of the net to make it a 7-0 game. Cole Fonstad snapped Rylan Parenteau’s shutout attempt with 1:40 left by scoring his seventh goal of the season.

HARDEST WORKING PLAYER: Raiders captain Tim Vanstone was given the Lionel Diehl Memorial Award for the Hardest Working Player in December. Vanstone dressed in all 12 games during December for the Raiders.

NIGHT IN, NIGHT OUT: Through 41 games, Zack Hayes, Parker Kelly and captain Tim Vanstone are the only Raiders to play in all of the team’s games this season. Sean Montgomery was amongst those players before missing Friday night’s contest with the Americans.

NEXT UP: The Raiders return home to start a busy week of games on Wednesday night when they host the Calgary Hitmen. Puck drop is 7 p.m. The Raiders have two additional home games next week. The first is on Friday night against the Red Deer Rebels in a 7 p.m. contest. The second is on Sunday, January 15 when they host the Regina Pats in a matinee. Tickets can be purchased at raiderhockey.com, in the Raider Office, or by calling 306-764-5348.