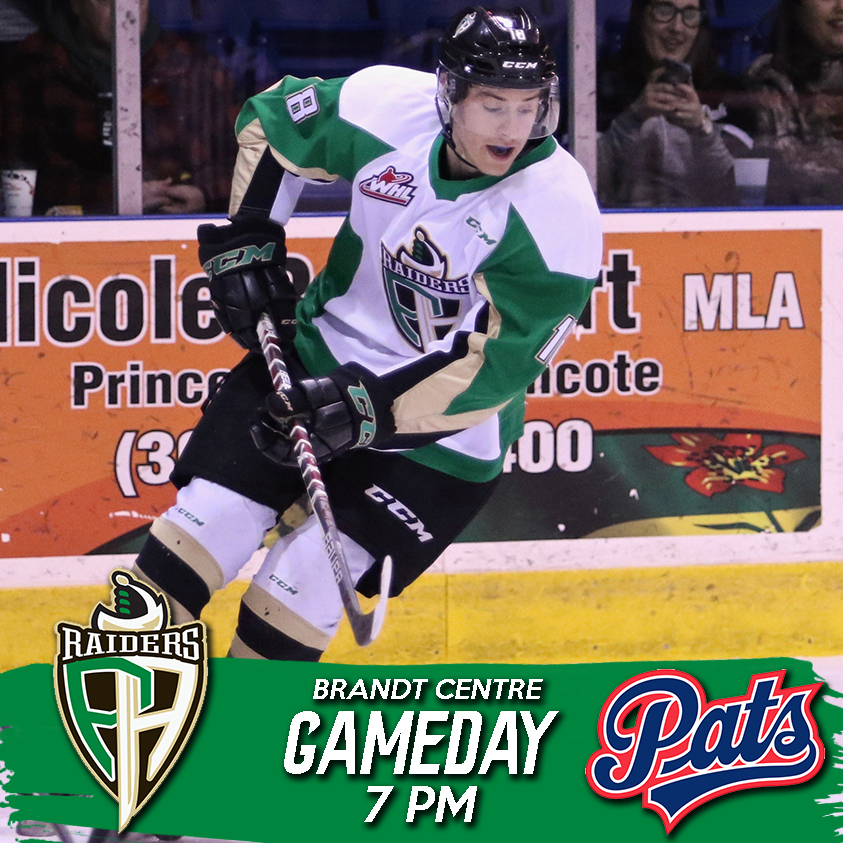 RAIDER REVIEW: The Prince Albert Raiders (8-32-2-2) hit the road to face off against the Regina Pats (27-5-6-1) at the Brandt Centre tonight. Last night, the Raiders were edged by a late goal in a 4-3 loss to the Red Deer Rebels at the Art Hauser Centre. The Raiders opened up the scoring with two goals in the first period. Parker Kelly and Tim Vanstone both found the back of the net, giving the Raiders a 2-0 lead after the first. In the second, the Rebels rallied with two goals of their own. The Raiders regained the lead 48 seconds into the third period when Curtis Miske notched his second goal since joining the team. However, the Rebels tied the game three minutes later. A late goaltender interference penalty doomed the Raiders. Red Deer scored on the ensuing penalty with 3:08 to play to make the final 4-3 for the Rebels. Ian Scott stopped 31 shots in the loss for the Raiders. Riley Lamb made 33 saves to pick up the win.

VS. REGINA: Saturday night is the sixth meeting of the year between the Raiders and the Pats and the last of the season in Regina. The Raiders have won one of the three previous meetings at the Brandt Centre this season, edging the Pats 4-3 in overtime on Opening Night.

IMMEDIATE IMPACT: 19-year-old forwards Curtis Miske and Jordy Stallard have made their presence felt since being acquired by the Raiders. In five games with the teams, Miske has recorded two goals and two assists. Stallard has a goal and an assist in his two games since WHL Trade Deadline.

LISTED: Ian Scott and Simon Stransky both made the January edition of TSN Director of Scouting Craig Button’s draft list for the 2017 NHL Entry Draft. Scott, who turned 18 on Wednesday night, was ranked as the 65th best prospect in the draft by Button; Stransky was ranked 102nd.

NEXT UP: The Raiders close out the home-and-home series with the Regina Pats on Sunday at the Art Hauser Centre. Puck drop is 4 p.m. Kids wearing their minor hockey jersey to the game will get in free with the purchase of an adult ticket. Tickets can be purchased at raiderhockey.com, in the Raider Office, or by calling 306-764-5348.