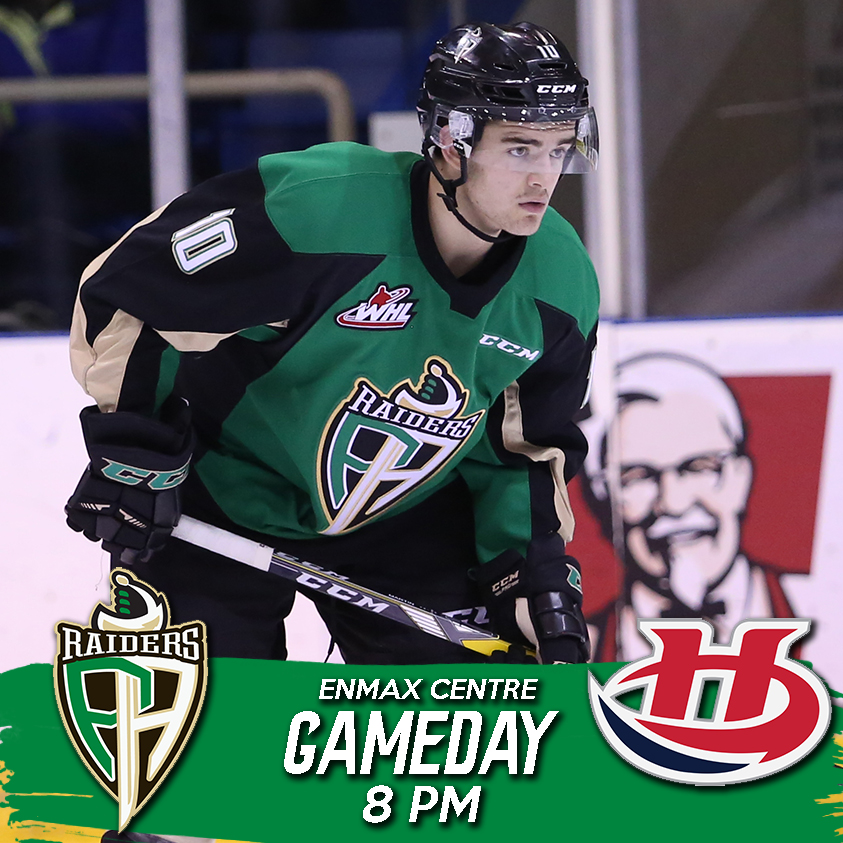 RAIDER REVIEW: The Prince Albert Raiders (5-19-1-0) close off a two-game jaunt to Alberta tonight in Lethbridge when they take on the Hurricanes (11-11-1-2) at the Enmax Centre. Last night, the Raiders dropped a 4-1 decision to the Medicine Hat Tigers. Chad Butcher opened the scoring for the Tigers midway through the first, while Zach Fischer made it a 2-0 game at the 10:54 mark of the second. Cole Fonstad then scored his second goal in as many games against the Tigers to cut the lead in half. However, John Dahlstrom restored the two-goal lead late in the second to make it 3-1 after two periods. Steven Owre rounded out the scoring in the third period. Ian Scott stopped 32 shots in the loss for the Raiders. Nick Schneider made 28 saves for the Tigers, including a number of challenging saves against the likes of Simon Stransky, Austin Glover and Nic Holowko.

VS. LETHBRIDGE: This is the first of four games between the Raiders and the Hurricanes this season. Last year, the teams split the four-game series. However, the Raiders picked up points in three of the four games by picking up a point in an overtime loss.

BINGO BANGO BONGO: Teams should watch out for Cole Fonstad when Carson Miller and Loch Morrison are on the ice. Miller and Morrison have assisted on Fonstad’s last three goals, including last night’s marker in Medicine Hat. The connection between the two 16-year-olds has been strong, with Miller drawing the primary assist on Fonstad’s last four goals.

LOCH-ED AND LOADED: The Raiders have been receiving consistent production from 19-year-old defenceman Loch Morrison during November. In 10 games played this month, Morrison has compiled a goal and six assists. The Prince Albert product now has a goal and nine assists on the season, which places him fourth in team scoring.

STORM CHASER: Amongst active players on the Raiders roster, Parker Kelly had the most offensive success against the Lethbridge Hurricanes last season. In four games played against the ‘Canes, Kelly found the back of the net three times and assisted on two other goals.

NEXT UP: The Raiders return home to the Art Hauser Centre to open up their December schedule on Friday when they host the Moose Jaw Warriors. Puck drop is 7 p.m. Tickets can be purchased here, in the Raider Office, or by calling 306-764-5348.