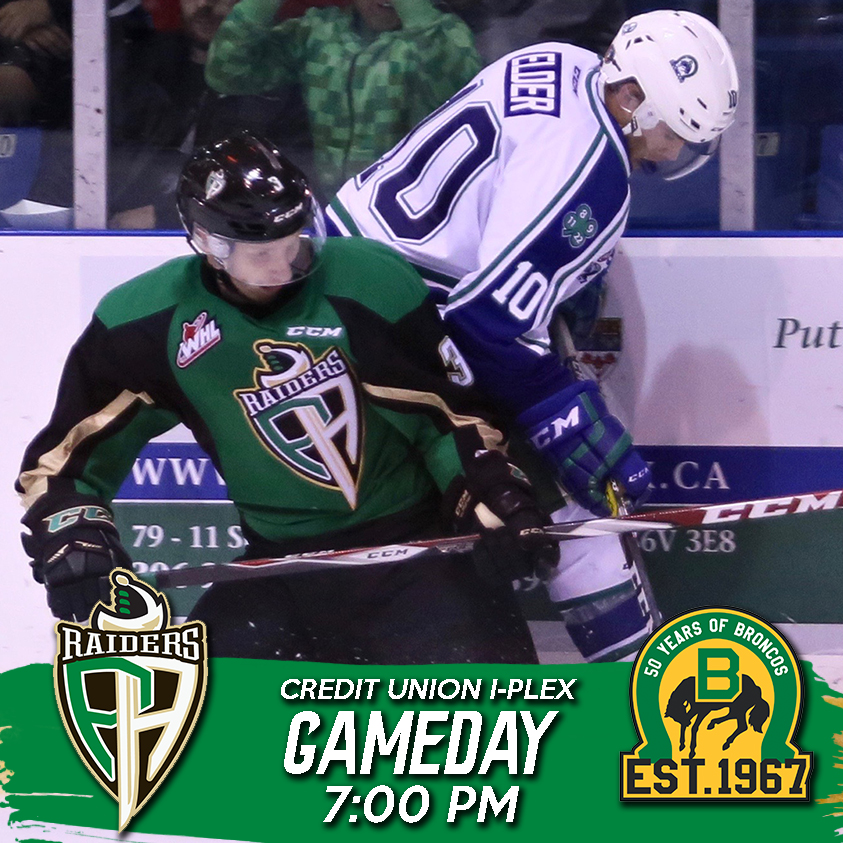 RAIDER REVIEW: The Prince Albert Raiders (2-4-0-0) try to halt a two-game losing skid when they head to Swift Current to take on the Broncos. The Raiders are coming off a 2-0 loss to the Saskatoon Blades on Thursday night at the SaskTel Centre. Ian Scott made 24 saves in the loss for the Raiders. The Raiders’ offence couldn’t break through Blades goaltender Logan Flodell, who made 31 saves – including 16 in the third period – to earn the shutout.

VS. SWIFT CURRENT: Tonight is the second match-up of the season between the Raiders and the Broncos. On Sept. 30 at the Art Hauser Centre, Lane Pederson had a goal and two assists to lead the Broncos to a 5-2 win over the Raiders. Ian Scott made 30 saves in the loss for the Raiders.

STREAKS SNAPPED: Two Raiders’ streaks came to an end on Thursday night in Saskatoon. Both Simon Stransky and Austin Glover saw their season-starting five-game point streaks snapped during the shutout loss to the Blades. Stransky started the season with nine points over those five contests, while Glover had eight points in that same span.

SEEING THE PUCK: Ian Scott has been busy between the pipes for the Raiders so far this season. In five appearances, Scott has faced 166 shots, while allowing just 12 goals. Heading into Friday night’s slate of games, Scott was tied for the league lead in most shots faced with Stuart Skinner, led the league in saves with 154 and was fourth in minutes played at 263. Through those five games, he has posted a 2.74 goals-against average and a 0.928 save percentage.

NEXT UP: The Raiders finish off their three-game road swing on Friday night when they head to Brandon to take on the defending WHL champion Wheat Kings. The next Raiders’ home game is Saturday, Oct. 15 against the Wheat Kings as they finish off their home-and-home series. For tickets, visit raiderhockey.com or call 306-764-5348.