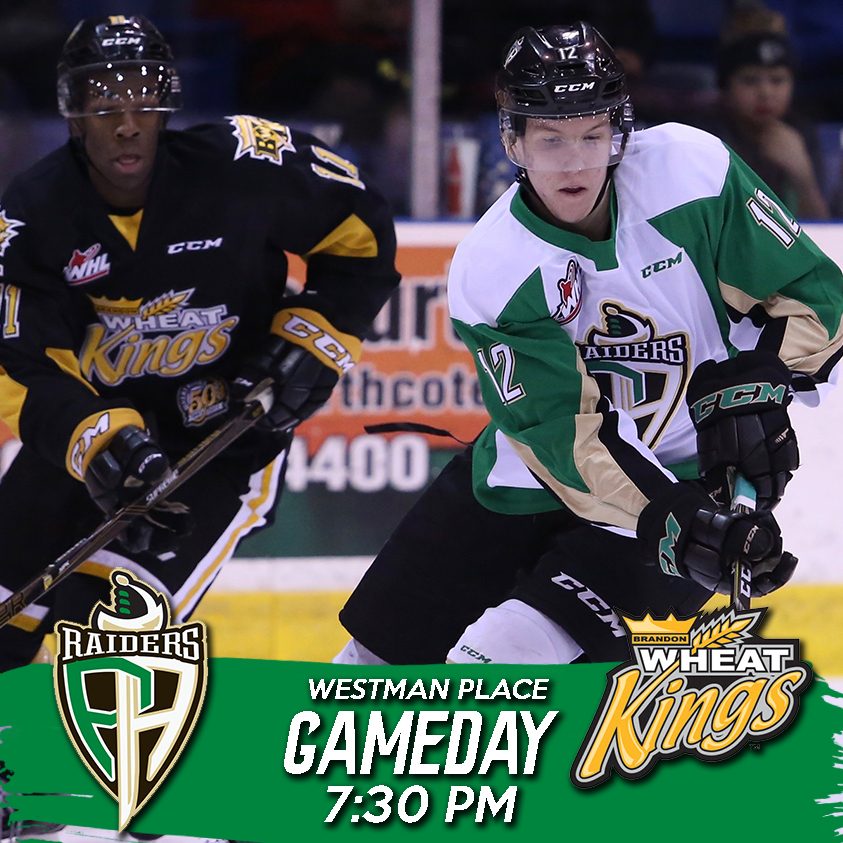 RAIDER REVIEW: The Prince Albert Raiders (15-38-3-2) travel to Brandon to battle with the Wheat Kings (28-22-6-2) at Westman Place tonight. The Raiders are coming off a 3-1 loss to the Everett Silvertips on Friday night at the Art Hauser Centre. Following a scoreless first period, the Silvertips exploded for three goals in the second period. Eetu Tuulola, Riley Sutter and Patrick Bajkov all found the back of the net to give the ‘Tips a 3-0 lead after 40 minutes. Late in the third, Curtis Miske jammed a puck through Carter Hart to make it a 3-1 game, but it was as close as the Raiders got. Nicholas Sanders made 33 saves a losing effort. It is only his second loss in his last 10 appearances.

SUCCESS IN BRANDON: The Raiders have been finding ways to win in Brandon, dating back to last season. In the last four trips to Westman Place, the Raiders have picked up three wins including a 3-2 overtime victory earlier this season.

BUDIK’S BUMP: After scoring changes over the past few days, Vojtech Budik has earned five more assists. He was given two assists for his efforts on Feb. 3 against the Red Deer Rebels. He also now has a three assist night to his name from Wednesday’s game against the Wheat Kings. Budik now leads the team in points by a defenceman with 21, all of which have been assists.

NEXT UP: The Raiders return to the Art Hauser Centre on Monday afternoon for a Family Day game against the Regina Pats. Puck drop is 4 p.m. Kids in attendance will be invited onto the ice for a post-game skate presented by 900 CKBI with snacks courtesy of McSweeney’s Premium Jerky. Tickets can be purchased at raiderhockey.com, in the Raider Office, or by calling 306-764-5348.