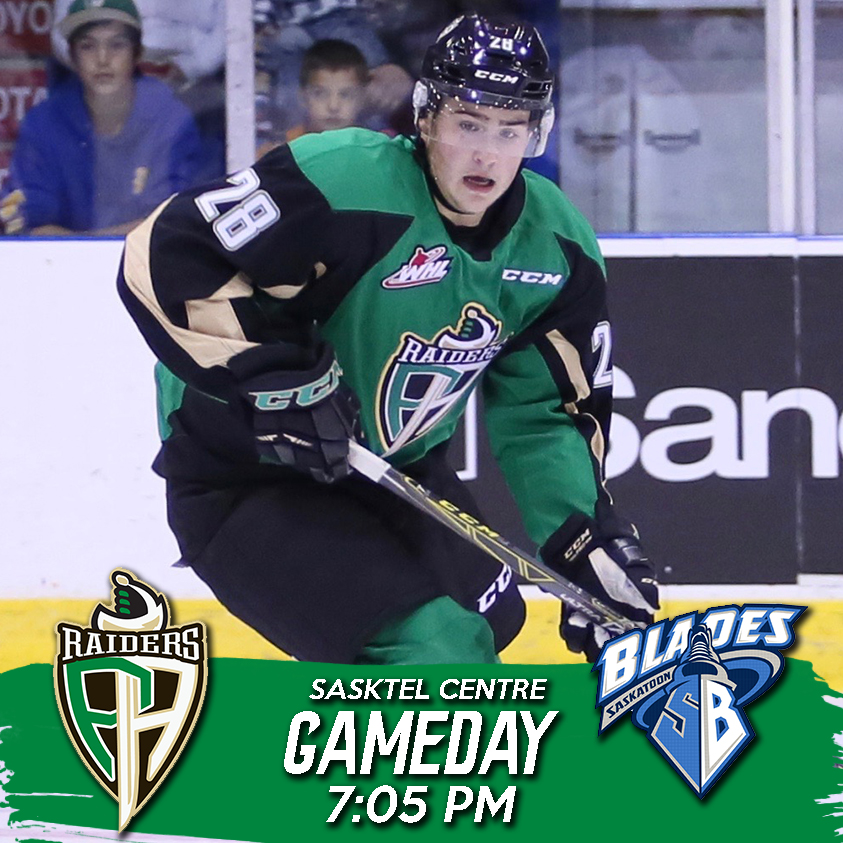 RAIDER REVIEW: The Prince Albert Raiders (2-3-0-0) attempt to rebound from a Wednesday night loss to the Portland Winterhawks when they travel to Saskatoon for a Thursday night tilt with the Blades. On Wednesday, the Raiders scored three third period goals, but it wasn’t enough as the Portland Winterhawks skated to a 5-3 win at the Art Hauser Centre. Sean Montgomery, Cole Fonstad and Simon Stransky found the back of the net for the Raiders in the loss.

VS. SASKATOON: Tonight is the Raiders’ first game against the Blades this season. Last season, the Blades won the season series by taking five of the eight games. Three were decided in overtime.

FIRST TIME FOR EVERYTHING: It was another night of firsts at the Art Hauser Centre for a couple of Raiders rookies. Cole Fonstad, the Raiders’ fifth-overall pick in the 2015 WHL Bantam Draft, scored his first WHL goal on Wednesday night, beating Cole Kehler at the 5:35 mark of the third period. On that goal, Spencer Moe picked up his first WHL point by drawing an assist on the play.

CLIMBING THE LEADERBOARD: Simon Stransky continues to feature on the scoresheet for the Raiders. On Wednesday, he scored his fourth goal of the season. He leads the team with nine points and is now tied for third in the WHL scoring race.

NEXT UP: The Raiders are travel to Swift Current on Saturday night for a tilt with the Broncos. Puck drop at the Credit Union I-Plex Centre is 7 p.m. The next Raiders’ home game is Saturday, Oct. 15 against the defending WHL champion Brandon Wheat Kings. For tickets, click here or call 306-764-5348.