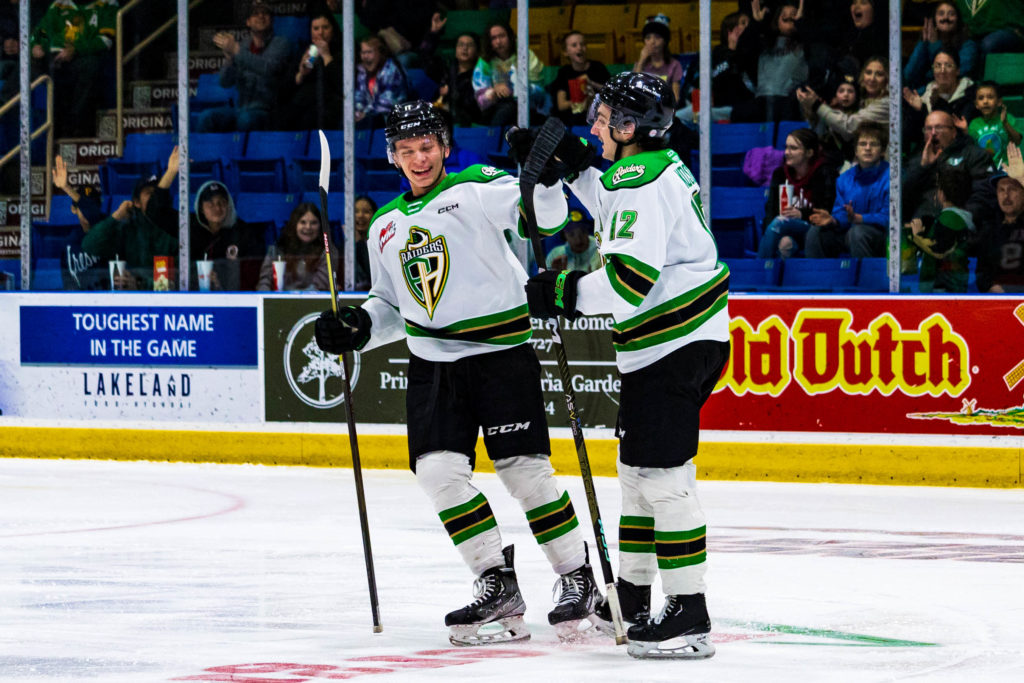 SETTING IT UP: The Raiders (10-13-2-0) continue their five game road trip tonight in Brandon for their first meeting of the season with the Wheat Kings. Prince Albert went 2-1-0-0 on the Alberta part of the road trip, beating the Calgary Hitmen and Medicine Hat Tigers, but falling to the Red Deer Rebels. Prince Albert comes into the contest winners of  six of their last eight games, launching themselves into a tie for the final playoff spot in the Eastern Conference. The Wheat Kings (8-15-2-0) will be playing their first game since firing their head coach following back to back losses to the Lethbridge Hurricanes at home by 4-3 and 6-4 finals.

THEY SEE ME ROLLIN’: The Raiders have been playing some of their best hockey of the season over their last eight games. Winners of six of those contests, their recent play has launched them into a tie for the final playoff spot in the Eastern Conference. They head to Brandon to take on a Wheat Kings team that sits in the basement of the East Division, but will come out strong with a new head coach behind the bench.

ROAD RECAP: The Raiders began their five game road trip with a 5-2 win in Calgary over the Hitmen. Keaton Sorensen had two goals in the victory, while Evan Herman tallied his 50th career WHL goal. The next night didn’t go as well, as the green and gold dropped a 6-1 decision to the Rebels in Red Deer. In their third game in three days, the Raiders avenged that loss with a 4-2 victory over the Medicine Hat Tigers. It was another milestone night for captain Herman, as he registered his 100th career WHL point, finishing the night with a goal and an assist. Sloan Stanick finished the night with two goals and an assist, becoming the Raiders’ point leader with 25 points in 24 games played.

HOME BOUND: After their two game swing in Brandon on Friday and Winnipeg on Saturday, the Raiders will enjoy some home cooking, with a five game homestand in a span of 11 days before the holiday break. It begins by welcoming the Wheat Kings on Wednesday, December 7 against the Wheat Kings in Prince Albert’s food bank game. On Friday, December 9, the Regina Pats come to town in Prince Albert’s annual teddy bear and toque toss game. The remaining three home games will welcome the Saskatoon Blades, Medicine Hat Tigers, and Spokane Chiefs to town.