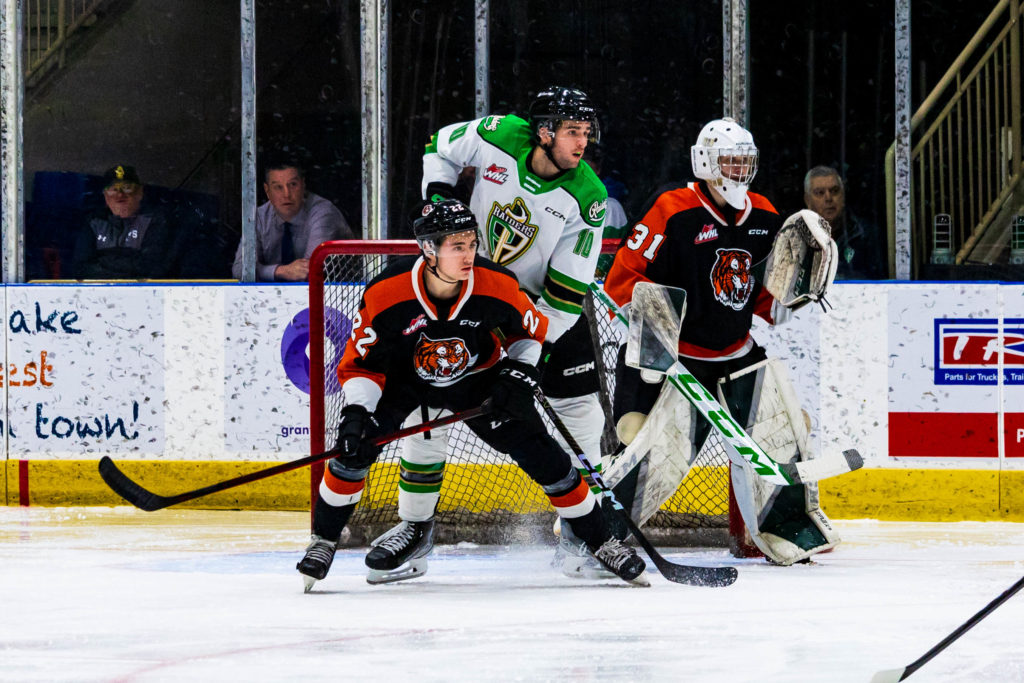 SETTING IT UP: The Raiders (9-13-2-0) continue their five game road trip tonight in Medicine Hat to take on the Tigers. Prince Albert comes into the contest following a 6-1 blowout loss to the Rebels in Red Deer on Saturday night. The loss snapped a four game winning streak for Prince Albert, who were also winners of five of their last six contests heading into the matchup. The green and gold will be taking on a Tigers team that sits just one point ahead of them in the Eastern Conference standings. In their recent stretch of games, Prince Albert has clawed themselves back to within two points of a playoff spot.

SHELL-SHOCKED: The Raiders were handed one of their biggest losses of the season on Saturday night in Red Deer. The Raiders trailed 3-0 after the opening 20 minutes, then 5-0 after two periods. Keaton Sorensen scored the lone Prince Albert goal in the third period, while Red Deer added another in the 6-1 loss. The defeat put an abrupt halt to a four game winning streak, as the green and gold fell to 1-1-0-0 to start their five game road trip.

TAME TIGERS: The Raiders have found success against the Tigers through their first two meetings so far this season. A 3-1 road win combined with a 5-4 win on home ice has Prince Albert at a perfect 2-0-0-0 record against a Tigers squad that is only one point ahead of them in the standings. A win would propel the Raiders above Medicine Hat and into a share for the final playoff spot in the Eastern Conference.

MR. BREADMAN: Sloan Stanick has been an assist machine for the Raiders lately. The winger has five assists in his last two games, which put him in the lead in team assists with 16 on the campaign.

UP NEXT: Tonight’s game against the Tigers marks the final game on the Alberta side of Prince Albert’s five game road trip. Next weekend, the team will head to Manitoba for a game in Brandon on Friday night, followed by a meeting with the ICE in Winnipeg on Saturday night. After that, the Raiders will return home for a five game homestand starting on December 7 against the Wheat Kings. The homestand, which wraps up against the Spokane Chiefs, will take Prince Albert into the holiday break.