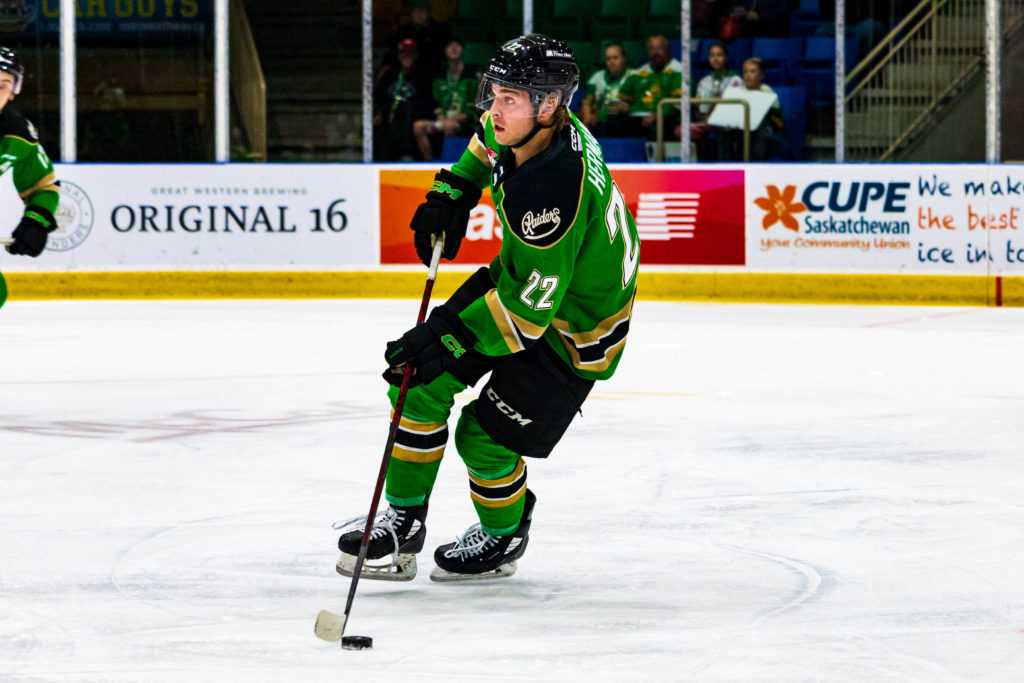 SETTING IT UP: The Raiders (7-12-2-0) host the Medicine Hat Tigers tonight in the second meeting of the season between the two teams. Prince Albert won the first contest in Medicine Hat on November 8th by a 3-1 final, where all four goals in the game were scored in the third period. The Raiders come into the contest winners of three of their last four games. It’s Pack the Pickup night in Prince Albert sponsored by Mann Northway and Pet Planet. All pet food donated at the game benefits the Prince Albert SPCA, with prizes handed out throughout the night to lucky fans who donate pet food. Puck drop at the Art Hauser Centre is slated for 7pm.

BIGGEST TRADE OF THE SEASON: Earlier this week, the Raiders made the biggest trade of the season with  the Seattle Thunderbirds, sending captain Nolan Allan to the U.S. Division. In return, the Raiders landed three players and six draft picks in arguably one of the biggest trades in franchise history. Two of the draft picks coming back are first round picks in 2023 and 2024.

ARRIVING ON THE SCENE: Those three players acquired in the trade: Gabe Ludwig, Brayden Dube, and Easton Kovacs, all arrived in Prince Albert on Thursday night. Dube and Kovacs will make their debuts with the team tonight, while Ludwig is sitting out with an injury.

NEW CAPTAIN IN TOWN: On Friday afternoon, the Raiders’ practice was interrupted by a familiar face. Former captain and current Montreal Canadiens defenceman Kaiden Guhle had a special message play on the scoreboard during practice. The message named Evan Herman as the team’s 47th captain in franchise history. Herman was swarmed with hugs from his teammates after the news, and was given his jersey, with a newly sewn on ‘C’.

WINNING WAYS: The Raiders have been playing their best hockey of the season as of late. They are winners of three of their last four games. A win tonight combined with a Swift Current loss against Moose Jaw would bring the Raiders into a tie for the final playoff spot in the Eastern Conference.

UP NEXT: The Raiders hit the road for five straight games after tonight. They will play three in Alberta next weekend, and then head to Manitoba for two games before returning home for five straight before the holiday break.