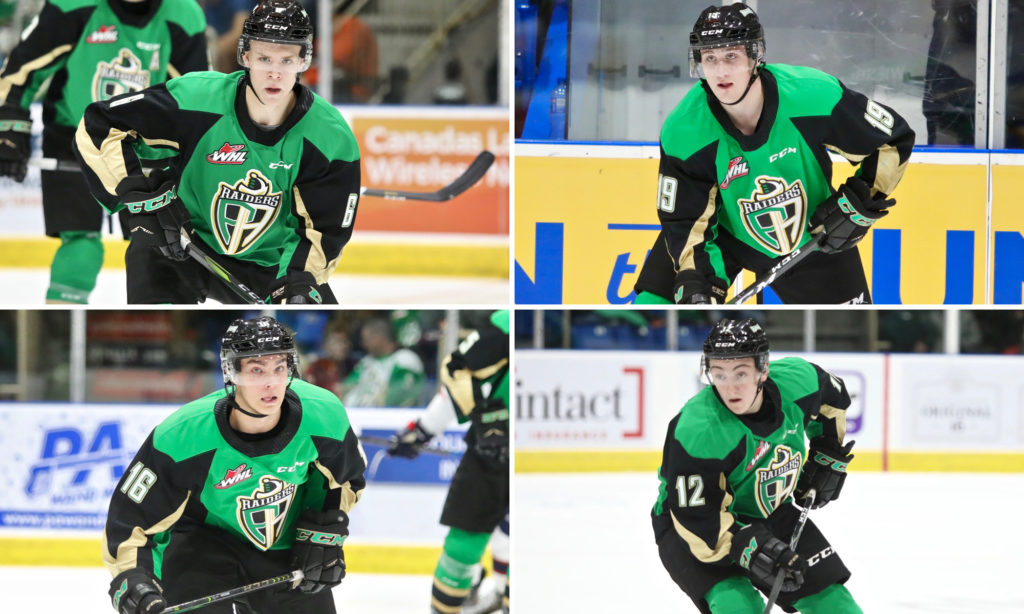 Guhle was the highest ranked Raider, earning an ‘A’ rating which indicates a first-round candidate. The Sherwood Park, AB product had his best offensive night of the defenceman’s career on Saturday against the Pats, picking up four points in a 6-0 win.

Wiesblatt was given a ‘B’ rating which signifies a potential second- or third-round candidate. The Calgary, AB winger has had a tremendous start to his sophomore season. He leads the Raiders with six assists and is tied for the team lead with eight points.

Brook and Kosior earned ‘C’ ratings from NHL Central Scouting, which indicates a fourth-, fifth-, or sixth-round candidate. After starting the year with an injury, Brook has played in the last four games and has picked up four points. Kosior scored in his WHL debut and has played in all six of the Raiders’ contests to begin the year.

Brook, Guhle, Kosior, Wiesblatt, and the rest of the Raiders are at the Art Hauser Centre for three games this week. Up first is a WHL Championship rematch against the Vancouver Giants (4-3-0-0) on Tuesday night.

On the weekend, the Raiders take on the Lethbridge Hurricanes (3-2-0-1) on Friday before facing off against the Moose Jaw Warriors (4-1-0-0) on Saturday.

All three games have a 7 p.m. puck drop. Tickets are available at the Raiders Office and online here.