For the most talented players in the Western Hockey League, it all makes sense on NHL Draft Day 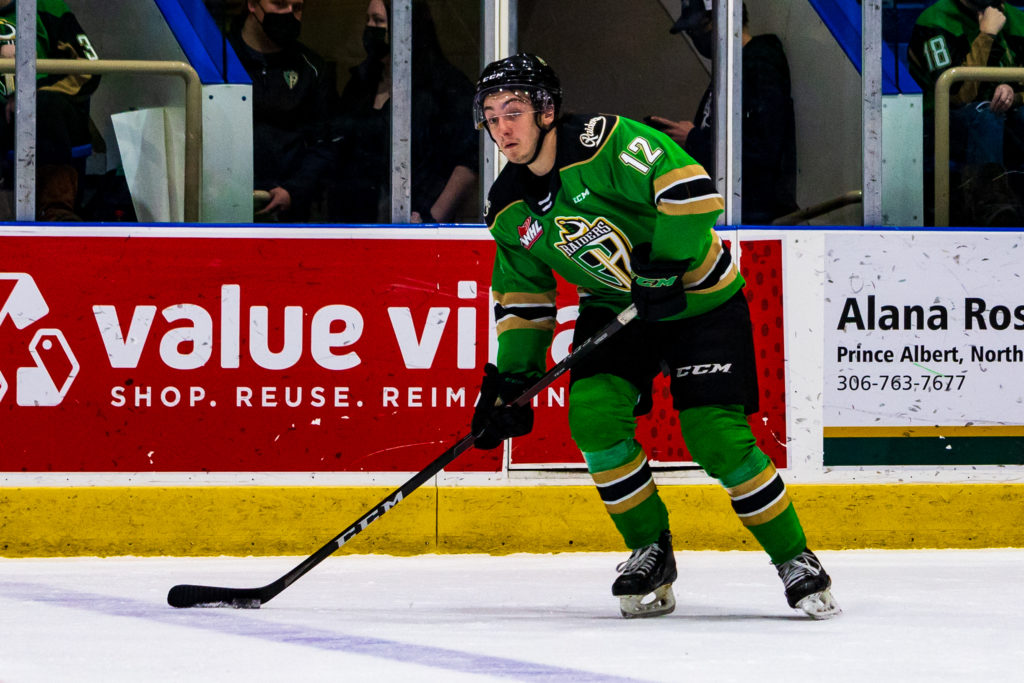 by Wayne Moriarty, special to Postmedia

Yes, for the most talented players in the Western Hockey League, it all makes sense on NHL Draft Day.

Getting drafted is a giant step toward every player’s goal of playing in the National Hockey League (NHL). Some players will be drafted earlier than expected; others later than expected. But getting picked, regardless of who picked you and when they picked you, is a golden ticket.

What becomes of that ticket? Well, that’s a curious thing.

You can be supremely talented like Michael Henrich, drafted in the first round in 1998, yet never play a game in the NHL; or you can be like Luc Robitaille, a ninth-round selection in 1984 who retired in 2006, and now sits in 24th place on the NHL’s career scoring list.

This year, the NHL Entry Draft for young men 18 and 19 years old goes July 7 and 8 in Montreal.

Players will be selected from European professional leagues and the United States development system, including the NCAA.

At least three CHL players are expected to go in the Top 10 in the 2022 entry draft, with OHL Kingston Frontenacs Shane Wright likely to be selected first overall by the Montreal Canadiens. The other two top prospects played their junior in the WHL with the Winnipeg Ice, centres Matthew Savole and Connor Geekie.

According to a recent ranking by TSN’s Bob Mackenzie, the 32 first-round selections will break down this way: 12 from European professional leagues; 11 from the CHL; and 9 from the US.

These projections follow the trend of more and more European players selected higher. The thinking here is that the most prodigious European teenagers are more likely to be NHL-ready, having already played with men in a professional game.

As pointed out in a recent Postmedia News feature by hockey writer Patrick Johnston: “Much of the blame (for this trend) has been laid at the feet of the NHL-Canadian Hockey League agreement, which keeps 18-and 19-year-old Canadians drafted from the WHL, OHL and QMJHL out of the second-tier professional American Hockey League, even if that would be the best spot for their development.”

That said, it’s easy to construct some statistical evidence to suggest keeping 18-and 19-year-olds playing with and against opponents of similar age builds invaluable leadership skills and character.

For example, there is no greater indication of leadership than to wear the “C” on your team’s sweater. At the close of the 2022 NHL season, 15 of the 25 captains were drafted out of the CHL; five out of the US system; and five out of the European pro leagues.

Here are three other key indicators that show the CHL is far ahead of the other organizations in terms of nurturing, teaching, and producing players with the greatest leadership skills:

1. The Hart Trophy is awarded annually to the NHL player deemed the most valuable as voted by the Professional Hockey Writers Association. Of the past 10 unique winners (some, like Sidney Crosby, won multiple times), seven have come from the CHL, two from Europe and one from the U.S.

2. The Conn Smythe Trophy is awarded to the most valuable player in the playoffs, again, as voted by the Professional Hockey Writers Association. Of the past 10 unique winners, six have come from the CHL, two have come from Europe, and two from the U.S.

3. The Ted Lindsay Trophy is awarded to the most valuable player in the regular season, as selected by the NHL Players Association: Of the past 10 unique winners, six have come from the CHL, three from Europe and one from the U.S.

“It is extremely important we allow these players to mature and develop by playing with their own age group,” said WHL commissioner Ron Robison. “All levels agree in providing age-appropriate development and not rushing players through the system. The more players that are removed from the system at the top level adversely impacts every level of the development system, particularly minor hockey. “

Within the CHL, special attention on the Western Hockey League reveals something remarkable going on:

— 32 players were drafted from the WHL in the 2021 NHL Draft, which was the most of any league or country, and the most in the CHL;

— For the 2023 NHL Draft, based on central scouting projections, the WHL expects to have one of the most successful drafts in its history. Leading the way will likely be Vancouver’s Connor Bedard of the Regina Pats.

Connor Bedard, in Western Hockey League action for the Regina Pats this past season, finished fourth in the league with 100 points on 51 goals and 49 assists in 62 games.

At the start of a recruitment video produced by the Western Hockey League, one of its most famous alumni, Carey Price, superstar goaltender with the Montreal Canadiens, succinctly and eloquently says “To me, the WHL is a career starter.” And while he undoubtedly is talking about a career in the NHL, fact is, the WHL is an accelerant to further education, the national program and/or pro hockey abroad. It is also significant to note that WHL players who do not sign an NHL contract receive a full WHL scholarship to attend the post-secondary institution of their choice.

As WHL Commissioner Robison says on that video: “When players come to our league, they not only develop as hockey players for the ability to move on to the next level and get an opportunity to play professionally, (the players) also develop significantly as individuals. They mature at a higher rate. They are required to take on an awful lot of responsibility, many times playing away from home, attending school.”

Perhaps the freshly-minted Stanley Cup champion and former Vancouver Giant Bowen Byram says it best: “The WHL is the quickest way to professional hockey. I was playing against the best every night and that experience is what factored most for my development.”

For the most talented players in the Western Hockey League, it all makes sense on NHL Draft Day.