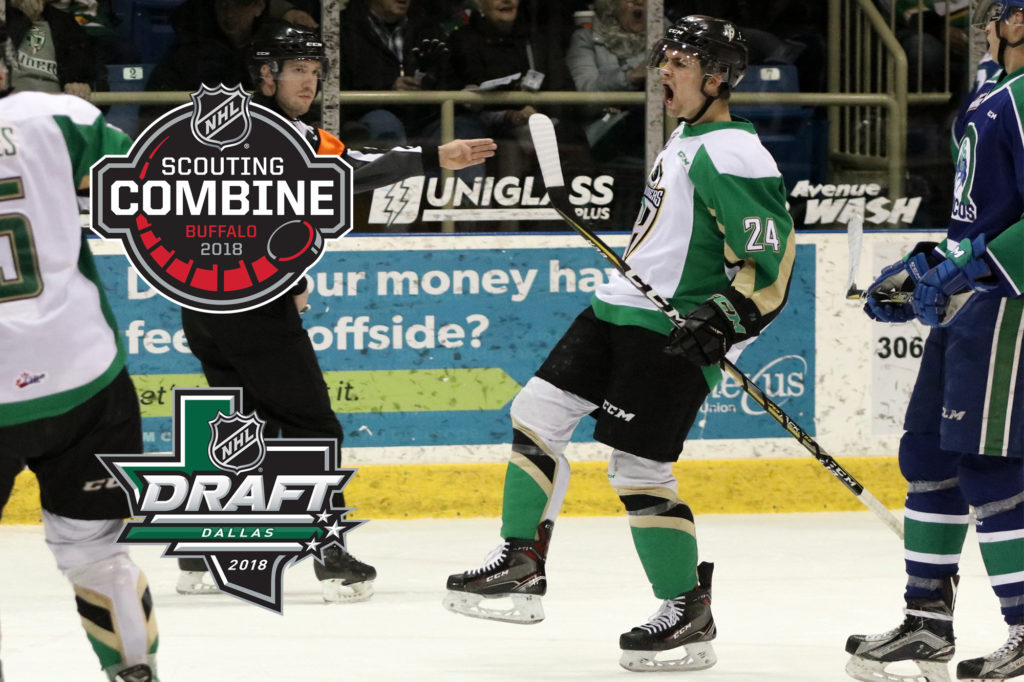 Prince Albert, SK – Prince Albert Raiders winger Cole Fonstad is one of 50 CHL players invited to the 2018 NHL Scouting Combine that is underway this week at First Niagara Center and the nearby HarborCenter in Buffalo, NY.

Fonstad is in his first year of NHL draft eligibility and coming off a fantastic sophomore season in the WHL. The Estevan product suited up in all 72 games, scoring 21 goals and adding 52 assists. The fifth overall pick of the 2015 WHL Bantam Draft added four goals and an assist in the Raiders’ seven-game playoff run.

Following the year, Fonstad made his Team Canada debut at the 2018 IIHF U18 World Hockey Championships held at Chelyabinsk and Magnitogorsk, Russia.

Fonstad’s draft stock rose throughout the seeason. After not being featured in the Players To Watch List at the beginning of the season, he finished the year at 65th overall among North American skaters in NHL Central Scouting’s final list, moving up 13 spots from the midterm rankings.

The list of CHL invitees includes 27 forwards, 19 defencemen and four goaltenders. CHL talent represents 48% of the 104 players invited to attend the event.

The NHL Scouting Combine provides an opportunity for teams to meet and interview prospects as well as see them physically tested in an off-ice setting.