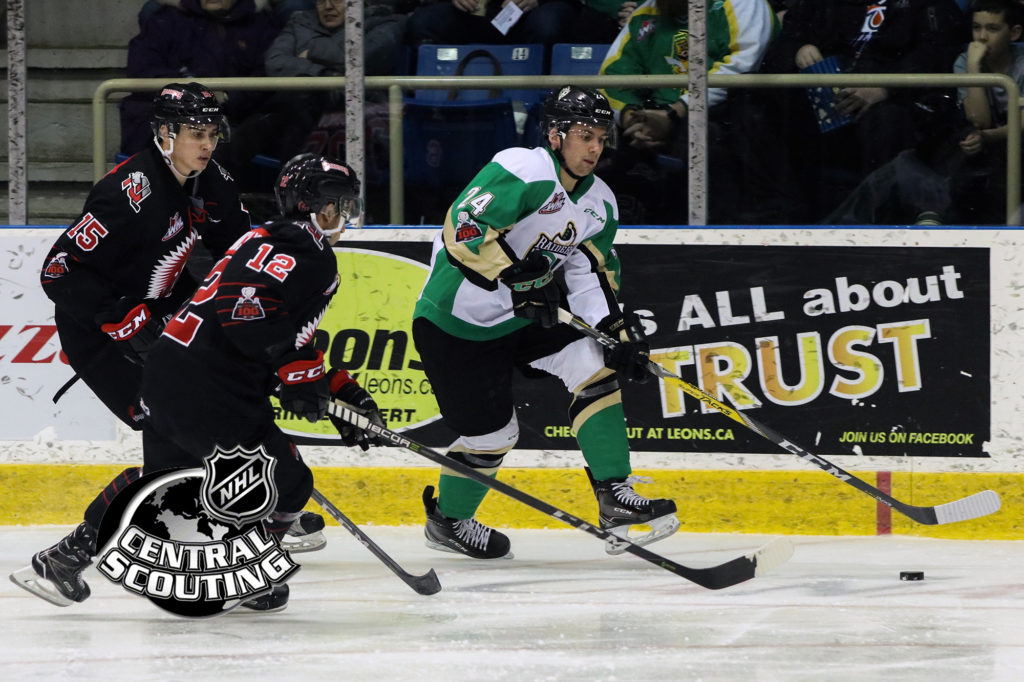 On Monday morning, the Estevan product was ranked 78th amongst North American skaters for this summer’s draft, which will be held on June 22 and 23 at the American Airlines Center in Dallas.

Fonstad, listed at 5’9.5” and 157 lbs by NHL Central Scouting, is in the midst of a career year with the Raiders. In 47 games with the Raiders, the fifth-overall pick in the 2015 WHL Bantam Draft has 12 goals and 35 assists, nearly doubling his production from his rookie season.

Earlier this season, Fonstad was one of 139 players from the CHL to be listed on NHL Central Scouting’s “Players to Watch” list in November. He earned a ‘C’ rating, which indicates a fourth, fifth, or sixth-round draft candidate.

Fonstad is off to the 2018 Sherwin-Williams CHL/NHL Top Prospects Game on Thursday, January 25 in Guelph, ON. The game will be broadcasted live on Sportsnet.

The Raiders are back at the Art Hauser Centre for two games this weekend. First, the Raiders host the Prince George Cougars on Friday night. On Saturday, the Edmonton Oil Kings visit Prince Albert for the first time this season. Both games begin at 7 p.m.