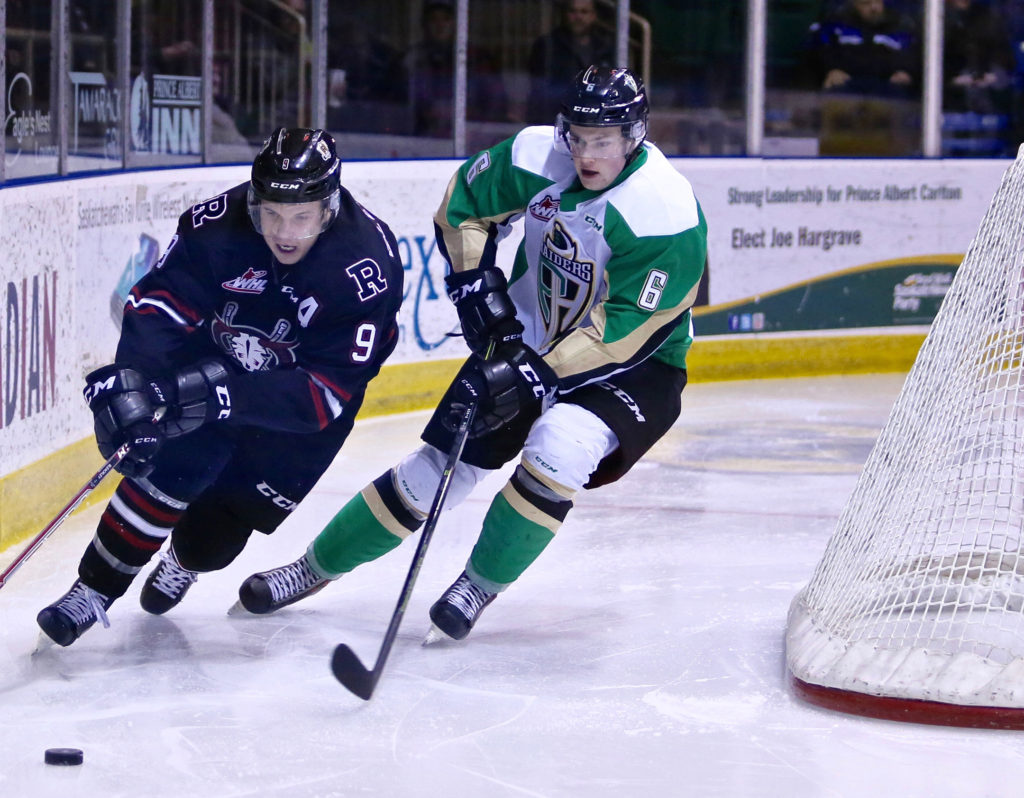 Prince Albert, SK – The Prince Albert Raiders got a significant piece back to their lineup.

Import defenceman Vojtech Budik was returned to the Raiders by the Buffalo Sabres on Monday evening. Budik was drafted in the fifth round by the Sabres in the 2016 NHL Entry Draft.

In 70 games during his rookie WHL season, the Holice, Czech Republic product notched three goals and added 13 assists. He added a goal in the Raiders’ 2016 playoff run as well. Budik was also named the Ches Leach Most Improved Player of the Year during the Raiders’ team awards.

With Budik and Coleman returned to the team this week, three Raiders are still attending NHL camp:  Reid Gardiner is with the Pittsburgh Penguins; Brendan Guhle is in Buffalo with the Sabres; and Rylan Parenteau remains with the Vancouver Canucks.

In other NHL news, Jim Hammett has been hired by the Arizona Coyotes as an amateur scout covering the WHL. Hammett spent one season with the Raiders as a scout.

With the returns of Budik and Coleman to the lineup, the Raiders have re-assigned forward Josh Maser and defenceman Cody Thompson. The Raiders lineup now stands at 25 players in Prince Albert – 15 forwards, eight defencemen and two goaltenders.