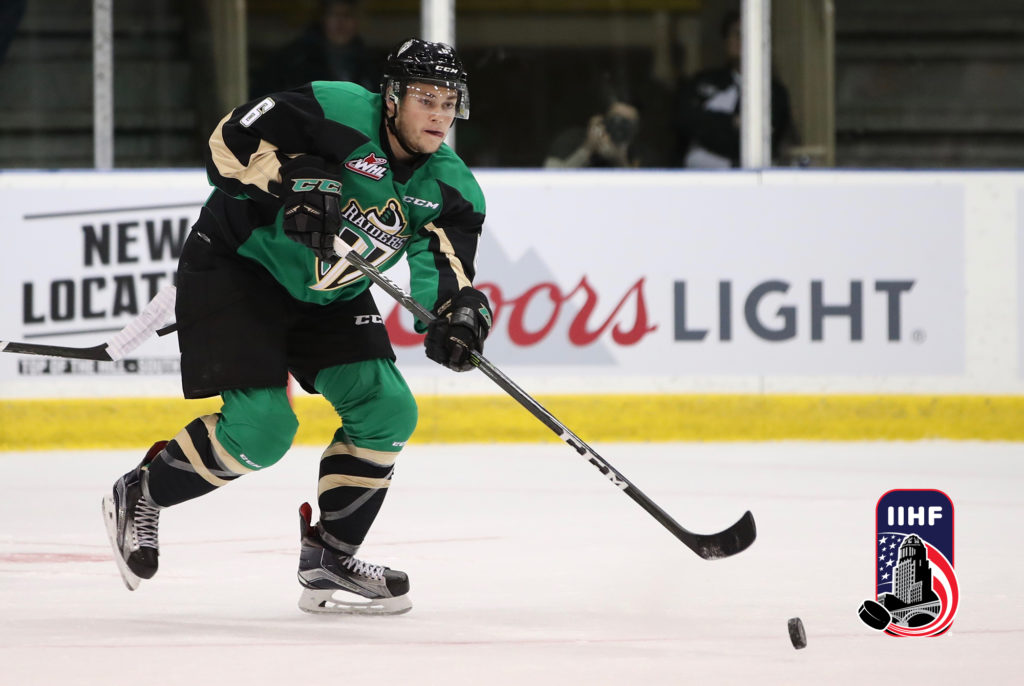 Prince Albert, SK – The Prince Albert Raiders are pleased to announce that defencemen Vojtech Budik has been invited to Team Czech Republic’s training camp for the 2018 World Junior Hockey Championship in Buffalo, NY.

The camp begins on Wednesday, December 13.

Budik, a fifth-round pick of the Buffalo Sabres in the 2016 NHL Entry Draft, suited up for two games at last year’s World Junior Championships. He has previously represented the Czech Republic at the World Under-18 Championship and the European Youth Olympic Festival.

Through 27 games this season, Budik has a goal and five assists. The Chvojenec product has played in 153 career games with Prince Albert, scoring five goals and adding 43 assists.

Also, defenceman Sergei Sapego was invited to Team Belarus’ camp for this year’s World Junior Championship. However, he will be unable to compete due to an injury suffered over the weekend.

The next Raiders’ game at the Art Hauser Centre is Wednesday night when the Medicine Hat Tigers come to town. Also, the Raiders are hosting their annual Teddy Bear Toss presented by Canadian Tire on Friday night against Dylan Ferguson and the Kamloops Blazers. Puck drop for both games is at 7 p.m.