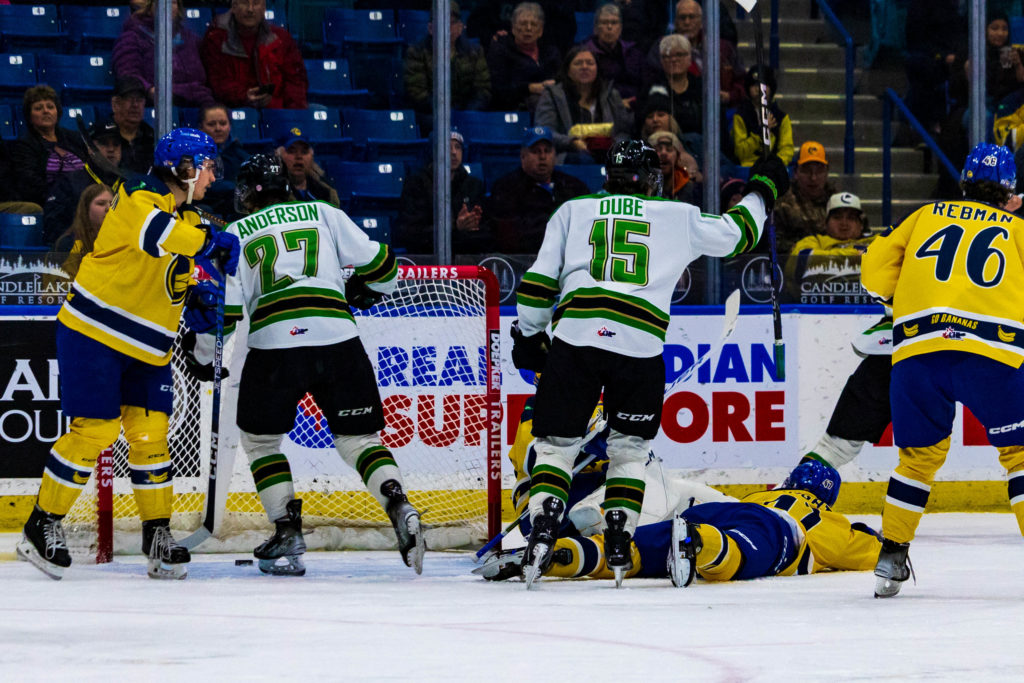 The Prince Albert Raiders fell 6-1 to the Saskatoon Blades on Friday night at the SaskTel Centre, in the first of back to back meetings between the two teams.

The Blades scored in bunches in the first period to take a commanding lead. They started things off with the opening goal just 41 seconds into the game as Tanner Molendyk put Saskatoon on the board early. Six minutes later, Brandon Lisowsky scored to make it a 2-0 game. With five minutes left in the first period, Misha Volotovskii scored twice in a 30 second stretch to make it 4-0, which also yanked Max Hildebrand out of the Raider goal after giving up four goals on nine shots.

After 20 minutes, it was a tough hill to climb for the Raiders, as they trailed 4-0.

The Raiders got on the board in the second period, but were still outscored 2-1 in the middle frame. Egor Sidorov gave the Blades a 5-0 lead just two minutes into the second, but Sloan Stanick answered with a powerplay goal for Prince Albert at the 9:15 mark of the frame to make it 5-1. However, Saskatoon went up 6-1 with 3:05 left in the second, answering with a powerplay goal of their own off the stick of Jordan Keller.

With 40 minutes in the books, the Raiders found the first goal they were looking for, but they would need at least five to make a comeback, trailing 6-1 heading into the third period.

The third period came and went without any goals, as the Blades won by a 6-1 final in Saskatoon. These two teams meet again on Saturday night in Prince Albert. It’ll be the final home game for the Raiders before they embark on their B.C. road trip next week. Puck drop tomorrow night is 7pm.