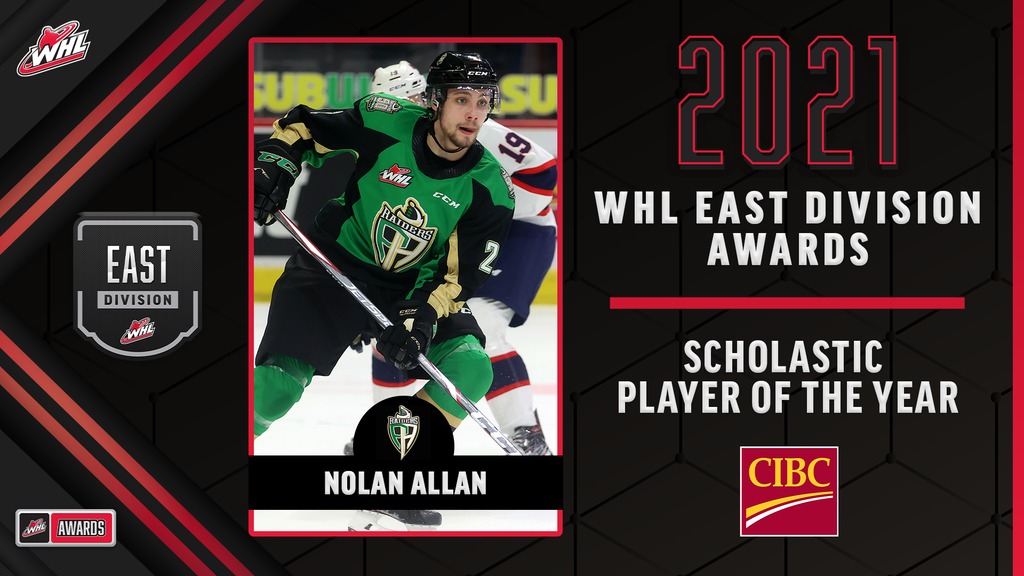 Prince Albert, SK – Nolan Allan was named the East Division Scholastic Player of the Year presented by CIBC on Tuesday afternoon by the Western Hockey League.

In his Grade 12 year, Allan excelled in his Grade 12 studies at Davidson High School, achieving averages of 90 per cent in his first and second term. He notably earned a 91 per cent grade in Pre-Calculus 30 in the fall.

Earlier this month, the Davidson product was named the winner of the Belle Merrell & Calla Grasley Award as the Raiders’ Scholastic Player of the Year Presentd By The Rotary Club. It is the second consecutive year he has claimed the honour, sharing the award last year with Landon Kosior.

On the ice, Allan played in 16 games for the Raiders in the Subway Hub Centre, posting a goal and an assist. The 2021 NHL Draft eligible defenceman helped Canada to a gold medal at the 2021 IIHF U18 World Championship in Texas.

Allan will be a nominee for the Daryl K. (Doc) Seaman Trophy as the WHL Scholastic Player of the Year. The winner will be announced during the week of June 7, 2021.