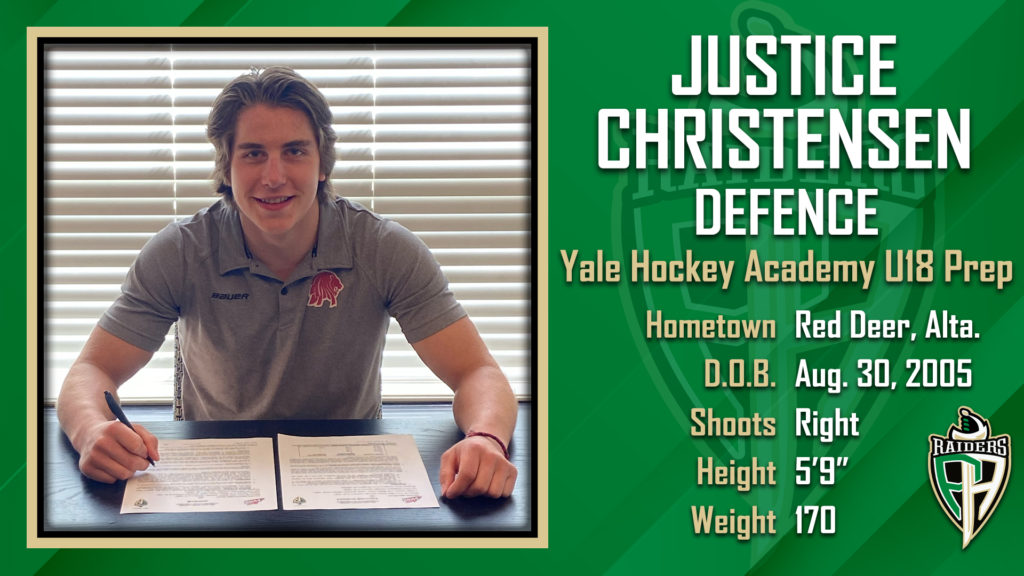 Christensen, a product of Red Deer, Alta., was the captain of the Yale Hockey Academy U18 Prep team this past season.

“We are excited to add Justice as the newest member of our defence,” said Raiders General Manager Curtis Hunt. “He fits in perfectly with the group that we have. He brings intensity, speed, and skill to the backend.”

In 35 games with Yale, the 5’9 170-lb rearguard contributed eight goals and 21 points with 45 penalty minutes.

Christensen played in four games at the Mac’s Tournament held last month in Calgary. He was named the Top Defenceman of the tournament and was a member of the First All Star Team.

Prior to his time with Yale Hockey Academy, Christensen suited up with current Raider Harrison Lodewyk for the Red Deer U15 AAA Rebels during the 2019-20 season in the Alberta Elite Hockey League’s U15 AAA division.