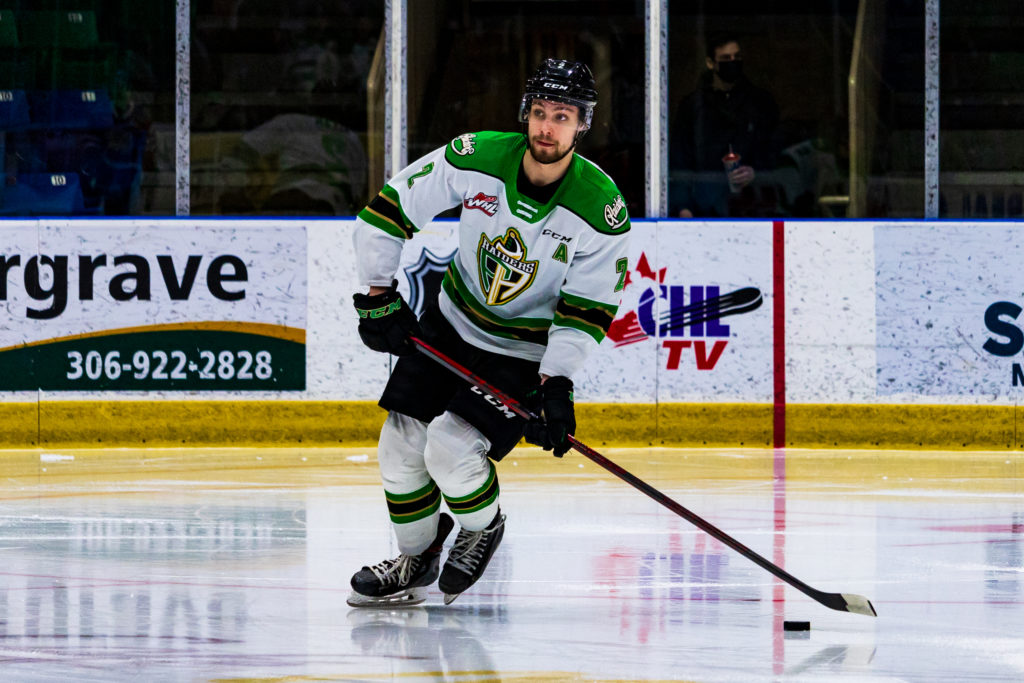 The Davidson product was selected 32nd overall by the Blackhawks in the 2021 NHL Draft. He signed his entry-level contract in September.

Allan led the Raiders with 34 assists during the regular season and finished with a career-high 41 points in 65 games. He added an assist in five games in the 2022 WHL Playoffs. The blueliner was the recipient of the Orland Kurtenbach Award as the Raiders’ Most Valuable Player Presented By Lake Country Co-op this season.

In his WHL career, Allan has dressed in 146 games since being drafted third overall in the 2018 WHL Prospects Draft. He has 10 goals and 52 points in his career with 117 penalty minutes.

The IceHogs qualified for their seventh Calder Cup Playoffs appearance in franchise history and will take on the Texas Stars in the best-of-three first round series, which begins on Wednseday night.

Nolan Allan and Colton Dach will join the @goicehogs for the AHL playoffs!https://t.co/Dyw8LXCejZ