Raiders Eliminated From WHL Playoffs With Game 5 Loss In Winnipeg 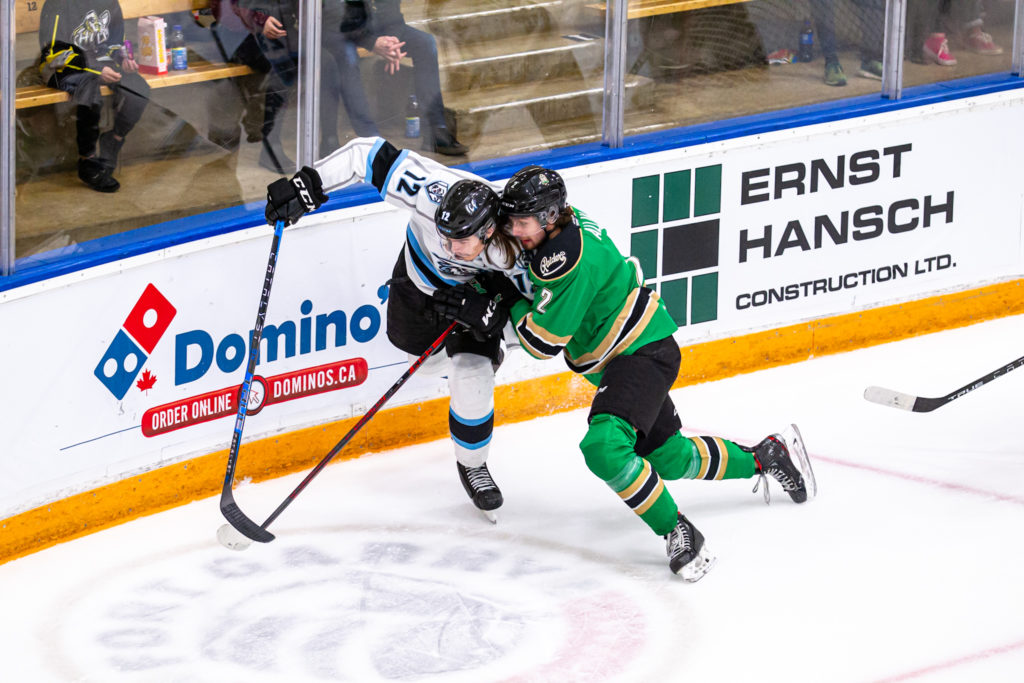 Winnipeg, Man. – The Prince Albert Raiders’ season came to an end on Friday night in Winning with an 8-2 loss to the ICE at Wayne Fleming Arena in Game 5 of their best-of-seven series.

Sloan Stanick and Reece Vitelli were the Raider goal scorers in the loss.

Winnipeg won the best-of-seven series four games to one.

The ICE opened the scoring 9:58 into the first period when Jack Finley banged in a rebound that stuck in the crease. Zachary Benson doubled the lead about four minutes later. Mikey Milne and Jonas Woo added goals before the end of the first period to give Winnipeg a 4-0 lead after 20 minutes.

Connor McClennon struck 1:57 into the second period to make it a 5-0 game. The goal ended Tikhon Chaika’s night after the import goaltender stopped 10 shots.

The Raiders got on the board midway through the middle frame with a shorthanded marker. Evan Herman skated into a puck that got past Benson at the blueline. He held onto the puck until he hooked it towards the goal where Vitelli chipped it past Daniel Hauser for his third of the WHL Playoffs.

Winnipeg increased its lead in the third period with three goals in less than three minutes. Benson, McClennon, and Matthew Savoie all scored to make it an 8-1 game.

Stanick got one back for the Raiders with 8:41 to play in the game. Nolan Allan stopped the puck at the blueline and fired a shot towards goal. Stanick was able to get a stick on the shot to deflect it past Hauser for his second goal of the postseason to round out the scoring at 8-2.

Max Hildebrand stopped 17 shots in just more than 38 minutes of action in relief. Hauser made 11 saves to pick up the win.

Up next for the Raiders organization is the WHL U.S. Priority Draft and the WHL Prospects Draft on Wednesday, May 18 and Thursday, May 19, respectively. The Raiders will pick 10th overall in both drafts.