Game Preview – Round 1, Game 5 at Winnipeg 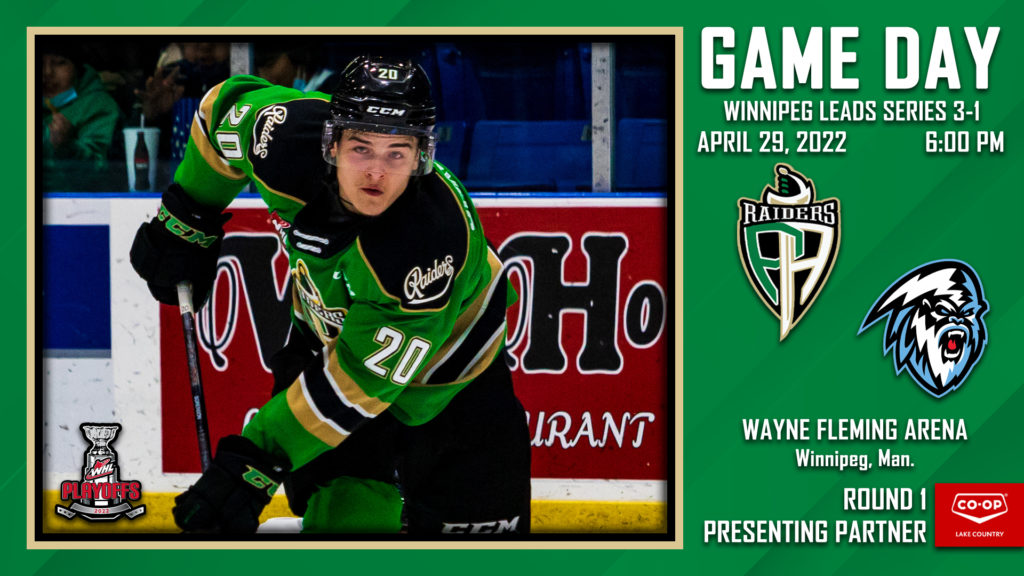 RAIDER REVIEW: The Raiders head back to Winnipeg for Game 5 of their best-of-seven series with the ICE tonight at Wayne Fleming Arena. On Wednesday night at the Art Hauser Centre, the Raiders staved off elimination with a 3-1 win in Game 4. Remy Aquilon, Eric Johnston, and Sloan Stanick found the back of the net for the Raiders in the win. Tikhon Chaika made 26 saves to pick up the win in goal.

ON THE BOARD: Remy Aquilon scored the first WHL Playoffs goal of his career on Wednesday night. He played 18 games in the postseason before finding the goal column in Game 4. The Kelowna, B.C. product has two points in his WHL Playoffs career, both of which have come in this series against Winnipeg. Aquilon set career highs in goals (3), assists (24), and points (27) while playing in all 68 games this season.

WINNER WINNER: Eric Johnston recorded the first game-winning goal of his WHL career—regular season or playoffs—on Wednesday against Winnipeg. The Regina product had two goals and seven points in 42 regular season with the Raiders after being acquired from the Edmonton Oil Kings in December. Johnston has 11 points in his 61-game WHL career.

IN THE LINEUP: Terrell Goldsmith saw his first action of the WHL Playoffs on Wednesday night in Game 4. All players on the Raiders roster have now seen action in this year’s postseason.

UP NEXT: If necessary, the series heads back to Prince Albert for Game 6 on Sunday evening at the Art Hauser Centre. Game time would be 6 p.m. CST.