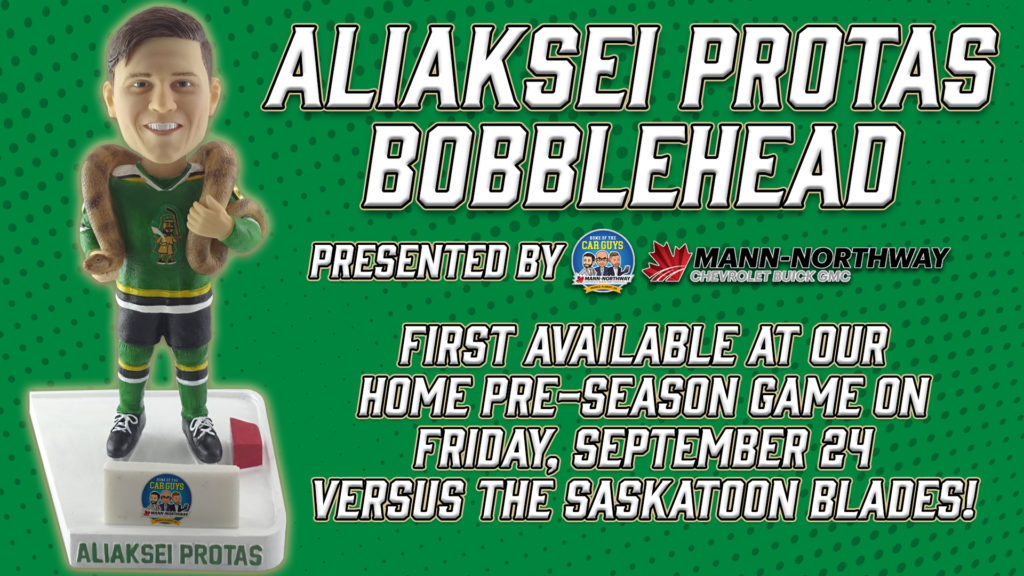 The bobblehead features Protas sporting a Raiders’ retro uniform with a viper draped around his shoulders.

The Aliaksei Protas bobblehead will first be available at the Raiders’ pre-season game on Friday, September 24 against the Saskatoon Blades at the Art Hauser Centre for $10 each. Tables will be set up in the Johnny Bower Lobby for purchase.

This is the final bobblehead in the series announced earlier this year. The previous two – Kaiden Guhle and Leon Draisaitl – are available for purchase at the Prince Albert Source for Sports Team Store in the Art Hauser Centre and online here.

For fans who missed the first two bobbleheads, the trio will be available as a set for $25.

Tickets for the two pre-season contests, along with all single-game tickets, will go on sale on Monday, September 13. Season ticket holders have tickets to the pre-season games included in their packages.