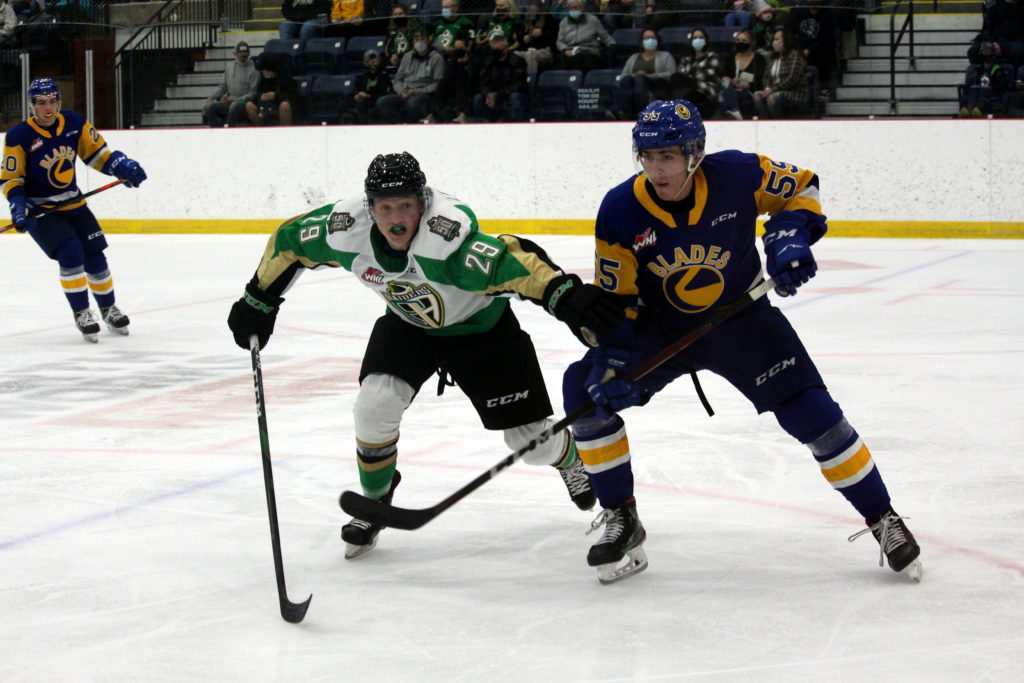 Warman, SK – The Prince Albert Raiders ended the 2021 WHL Pre-Season with a 2-0 loss to the Saskatoon Blades at The Legends Centre in Warman on Saturday night in a physical contest.

The Raiders finished the Pre-Season with a 1-3-0-0 record.

Saskatoon opened the scoring early in the first period. Jayden Wiens picked off a clearing attempt on a power play and found the empty cage to put the Blades up 1-0.

The Raiders had their chances through the first period to get on the scoresheet. Eric Pearce was turned aside on a partial breakaway that Ethan Chadwick got a pad on.

In the second, Max Hildebrand kept the Raiders in the contest with some key saves including a series of three pad stops in tight. His best of the period came off a rebound. Evan Patrician collected it at the side of the night, but Hildebrand was able to slide to his right and get his blocker on the puck.

Ethan Ironside had the best chance of the second for the Raiders to find twine. He picked the pocket of a Blades defender and had a chance in front, but Chadwick denied the backhand attempt.

The Blades added to their lead in the third with their second power-play marker of the contest. Moritz Elias took a pass from Josh Paulhus and snapped a shot past Hildebrand to give the Blades the 2-0 advantage 8:04 into the final period.

The Raiders pushed for a response, but ran into penalty trouble in the final 10 minutes of the third period.

Hildebrand was given the second star for his performance on Saturday night, stopping 25 shots for the Raiders. Chadwick made all 20 saves for the Blades to pick up the shutout.

The next Raiders’ game is the 2021-22 Home Opener Presented By 900 CKBI and Great Western Brewing on Friday, October 1 at home against the Regina Pats. Game time is 7 p.m. Single-game tickets are available now at SaskTix.ca. 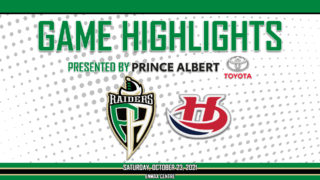