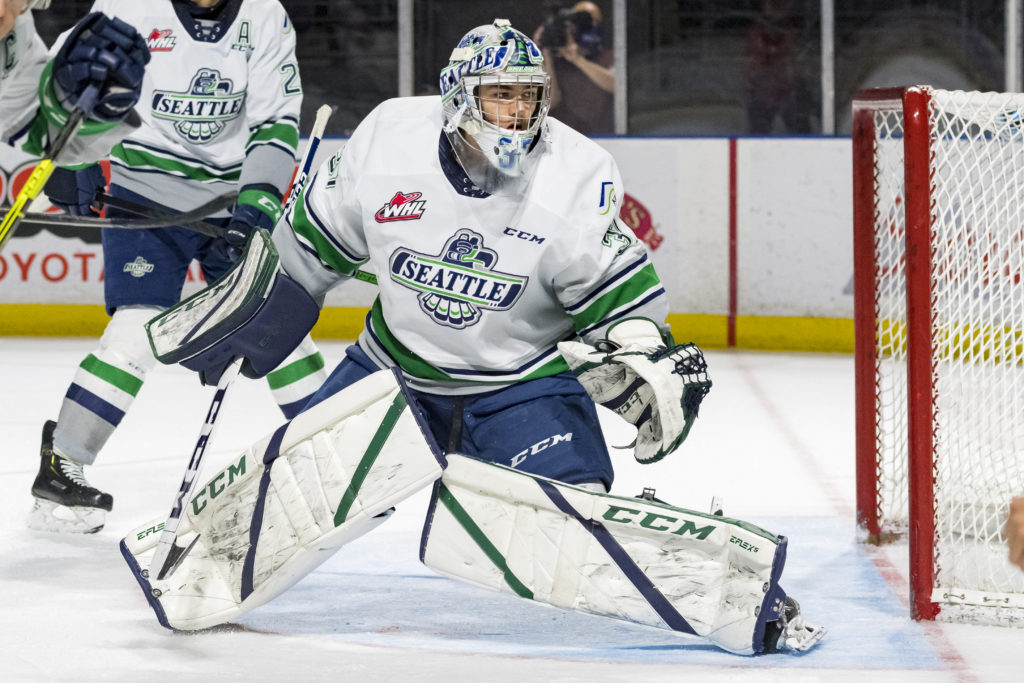 Prince Albert, SK – The  Prince Albert Raiders have acquired 2002-born goaltender Jackson Berry from the Seattle Thunderbirds in exchange for a conditional eighth-round pick in the 2022 WHL Prospects Draft.

“Jackson went into Seattle last year and we thought performed very well in a tough circumstance,” said Raiders General Manager Curtis Hunt. “We’re excited to add him to our roster and give him the opportunity to compete for a roster position.”

Berry was originally drafted by the Moose Jaw Warriors in the sixth round of the 2017 WHL Prospects Draft. He made his WHL debut in the 2019-20 season with the Warriors, playing in five games.