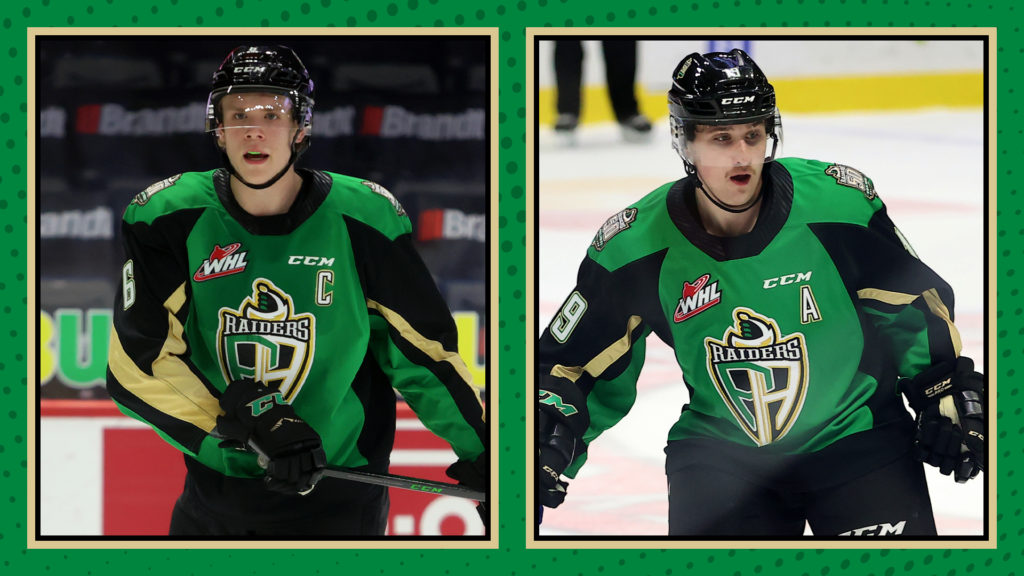 Guhle is one of five players invited to the camp who won a silver medal at the 2021 IIHF World Junior Championship. At the tournament, the Montreal Canadiens prospect had two goals and an assist in seven games.

The Raiders captain was limited to just two games during the Subway Hub Centre in Regina due to injury. In his injury-shortened season, he had a goal and an assist in his pair of games. Prior to rejoining the Raiders in the Hub, Guhle made his professional debut with the Laval Rocket. He suited up in three games for the AHL affiliate of the Canadiens.

Guhle was selected 16th overall by the Canadiens in the 2020 NHL Draft, signing his entry-level contract with the club two weeks later. The Sherwood Park, AB product is a veteran of 139 career WHL games, scoring 15 goals and adding 45 assists with 100 penalty minutes. He was also a member of the Raiders’ team that won the 2019 WHL Championship.

Wiesblatt previously represented Canada at the 2018 World Under-17 Hockey Challenge and the 2019 Hlinka Gretzky Cup.

Last season, the Calgary, AB product led the Raiders with 28 points (seven goals, 21 assists) in 23 games played in the Hub. He also played six games for the San Jose Barracuda, the AHL affiliate of the San Jose Sharks. He scored twice and added an assist with the Barracuda.

Wiesblatt was drafted 31st overall by the San Jose Sharks in the 2020 NHL Draft; he signed his entry-level contract shortly after. In his WHL career, Wiesblatt has 48 goals and 90 assists in 152 games with the Raiders. He also had five goals and five assists during the Raiders’ run to the 2019 WHL Championship.

While invited to the camp, Wiesblatt will not be attending.

“This is an exciting first step as we begin preparations for the upcoming season and the opportunity to compete at the World Juniors on home ice,” said Alan Millar, Director of Player Personnel for the Program of Excellence. “We are excited about these 51 players, and we look forward to returning to the ice for a highly competitive camp to kick off a new season.”

The 2022 IIHF World Junior Championship will be back in Canada this winter with Edmonton and Red Deer co-hosting the tournament beginning on Boxing Day. Games will be played at Rogers Place in Edmonton and the Peavey Mart Centrium in Red Deer.

The Raiders open the 2021-22 WHL regular season at home against the Regina Pats on Friday, October 1. For the full home schedule, click here.

Season tickets for the 2021-22 season are available now. The Early Bird Deadline is Wednesday, July 28. For more information, click here.