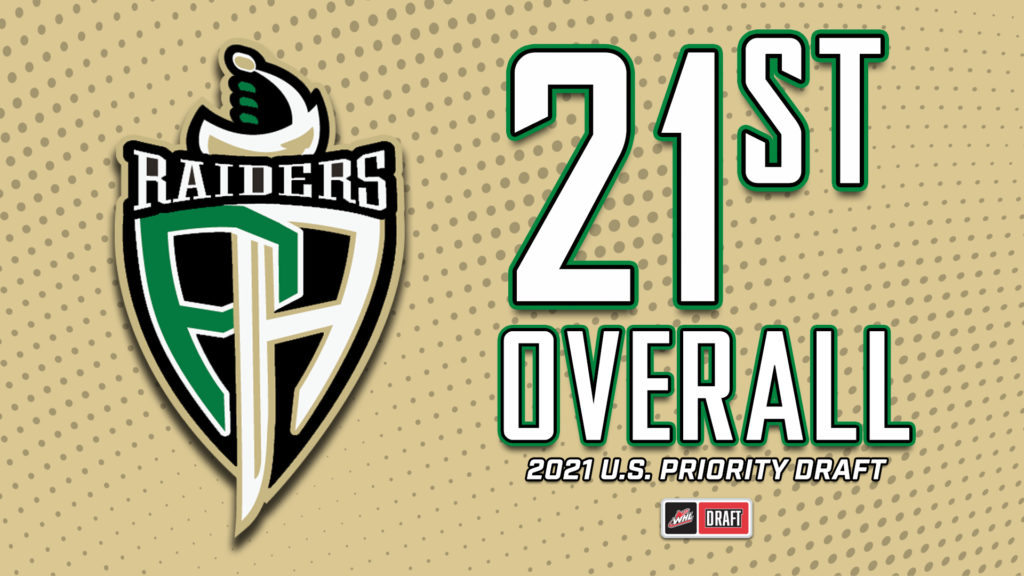 Prince Albert, SK – The Prince Albert Raiders will be drafting 21st and 24th overall in the 2021 U.S. Priority Draft.

The Raiders’ ball was the second ball to be drawn, given them the 21st selection. The second round of the U.S. Priority Draft reverses the order of the first round, giving the Raiders the second pick in the final round.

The order of selection was determined with the U.S. Priority Draft Lottery broadcasted on the Western Hockey League’s YouTube channel on Thursday morning. All 22 teams had an equal chance to win the first-overall selection. The 2021 U.S. Priority Draft is scheduled for Wednesdsay, December 8.

Stewart, a Hawthorne, CA product, had three goals and two assists in 15 games in the Tier 1 Elite Hockey League for the Los Angeles 16U AAA Jr. Kings this season. He also had five goals and six assists in 28 games with the Jr. Kings in the 16U AAA league.