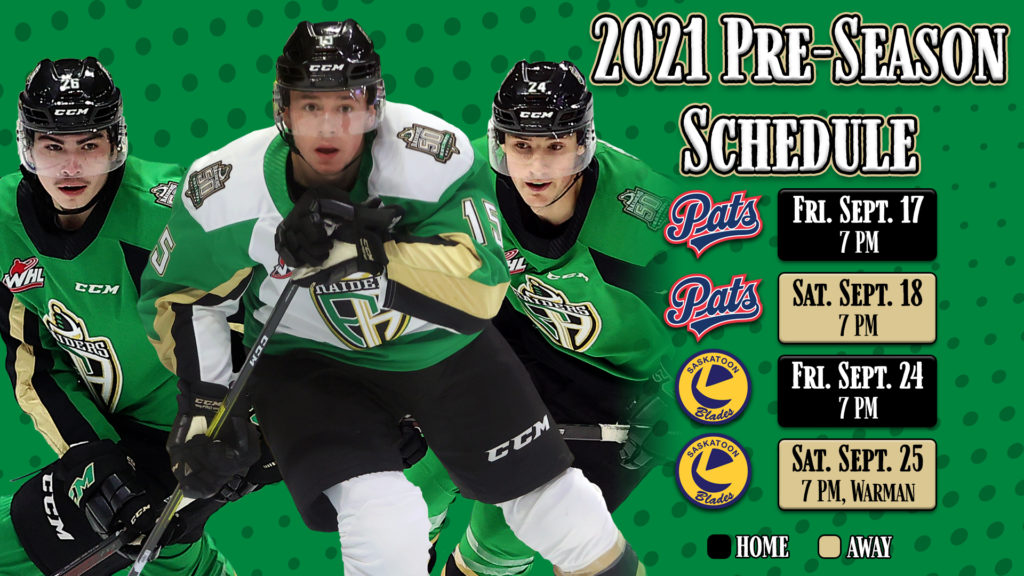 This pre-season, the Raiders will be taking on the Regina Pats and the Saskatoon Blades in a pair of home-and-home series.

All four pre-season games begin at 7 p.m. Ticketing information for the home games will be announced at a later date.

The Raiders open the 2021-22 Regular Season on Friday, October 1 against the Regina Pats at the Art Hauser Centre. Puck drop is 7 p.m. The full schedule for the Eastern Conference will be announced at a later date.

Season ticket information has been mailed out to existing season ticket holders. The deadline for Early Bird Pricing is Wednesday, July 28. For further information, click here.