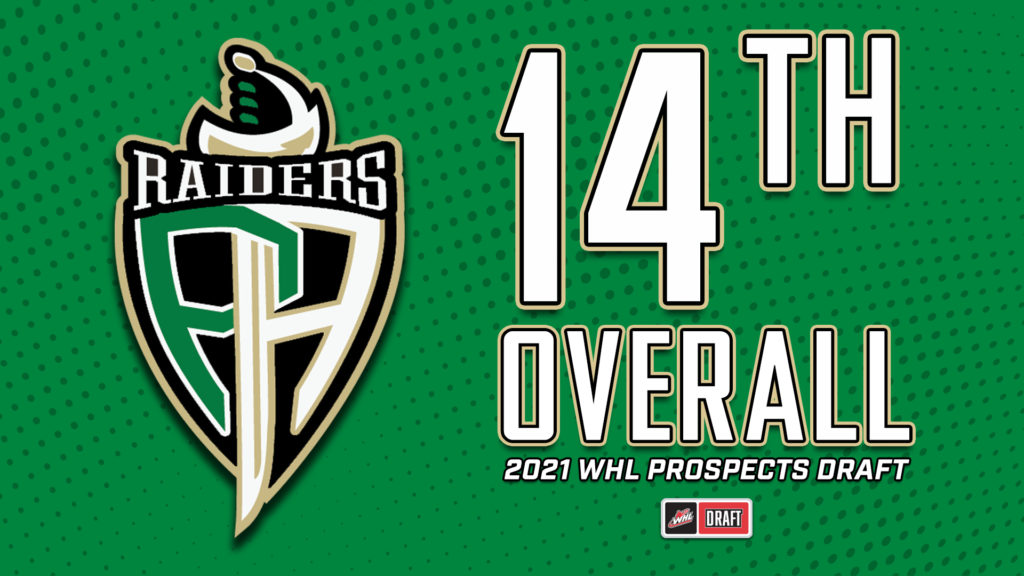 This marks the first time the Raiders have picked 14th overall in the WHL Prospects Draft since the information was recorded beginning in 1990.

In last year’s draft, the Raiders selected defenceman Terrell Goldsmith with the 15th overall pick. Goldsmith made his WHL debut in the Subway Hub Centre this season, scoring twice while playing in 14 games. He also earned the George Cowie Award as the Raiders’ Rookie of the Year Presented By Broda Construction.

Pool C teams included the lowest place Club from each of the B.C., Central and U.S. Divisions, and the two lowest place Clubs from the East Division for a total of five teams – the Moose Jaw Warriors, Red Deer Rebels, Swift Current Broncos, Tri-City Americans, and Victoria Royals.

The order of selection for the second round and all other rounds will be the inverse order of final 2020-21 WHL Regular Season standings.

*traded picks are not reflected