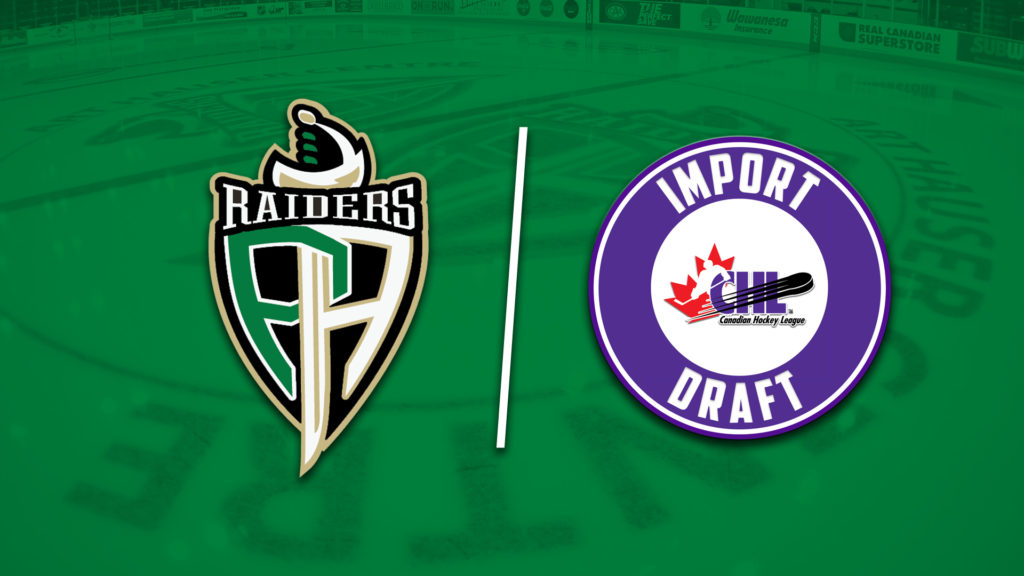 Prince Albert, SK – The Raiders will be the 18th WHL team to select in the upcoming 2021 CHL Import Draft, the WHL announced on Friday morning.

The order of selection was determined by a lottery. Due to the unique schedule of games during the 2020-21 WHL Regular Season, all 22 WHL teams had an equal opportunity to win the lottery. The complete selection order for the 2021 CHL Import Draft, including teams from the Ontario Hockey League and Quebec Major Junior Hockey League, will be released at a later date by the CHL.

In last year’s CHL Import Draft, the Raiders selected 2003-born forward Uladzislau Shyla with the 45th overall pick. Shyla had 10 goals and 12 assists in 38 games with Team Belarus U18 in Belarus’ Extraliga B. At the 2021 IIHF U18 World Championship in Texas, the forward listed at 6’3 and 196 lbs had three assists in five games for Belarus.