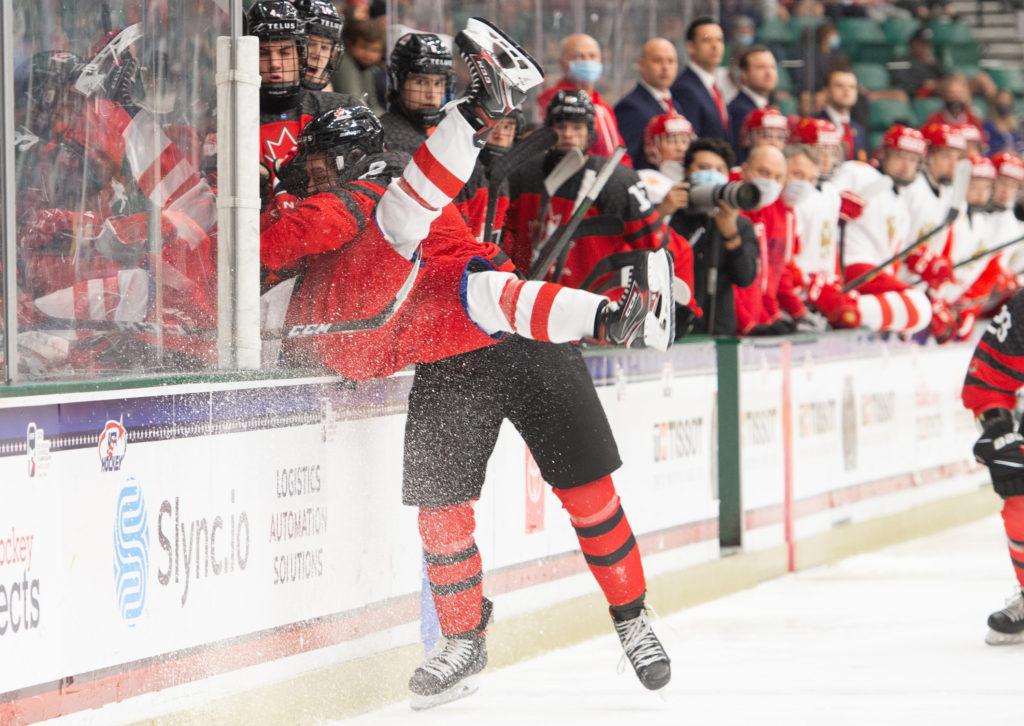 It is Canada’s first gold medal at the tournament since 2013, which featured Raiders alumnus Josh Morrissey on the Canadian blueline.

Allan got the game off to the physical start for Canada by dumping Russia captain Nikita Chibrikov into the Canadian bench with a big hit leess than two mintues into the contest.

Allan played in all seven games for Caanada at the tournament, registering a goal and an assist with a plus-seven rating.

GOLDEN YARDSALE! Canada locks up the Gold Medal at the Men’s #U18Worlds! 🥇 pic.twitter.com/0TXjVenLPv