Allan, Canada to Play for Gold at U18 World Championships 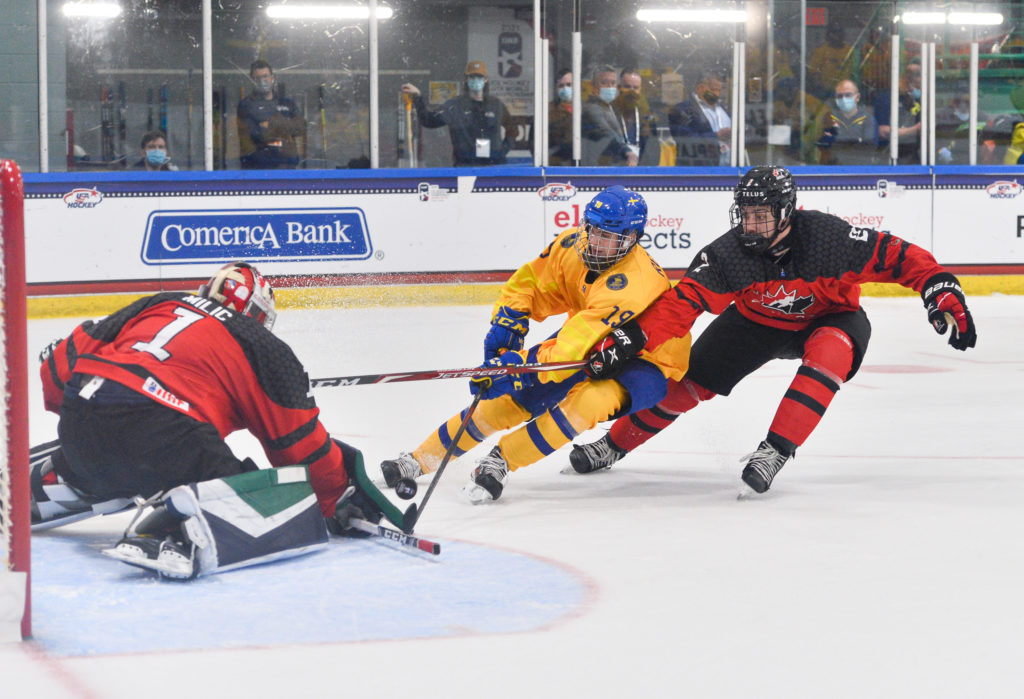 Prince Albert, SK – Defenceman Nolan Allan and Team Canada will play for the gold medal at the 2021 IIHF U18 World Championships after an 8-1 win over Sweden in the semifinals on Wednesday.

Allan had an assist in the contest, setting up Connor Bedard’s third goal of the game late in the third period. Allan’s shot from the point was stopped, but Bedard buried the rebound.

Canada will face off against either Finland or Russia in the gold-medal game of the tournament, which will be played on 7 p.m. on Thursday night. Catch the game on TSN.