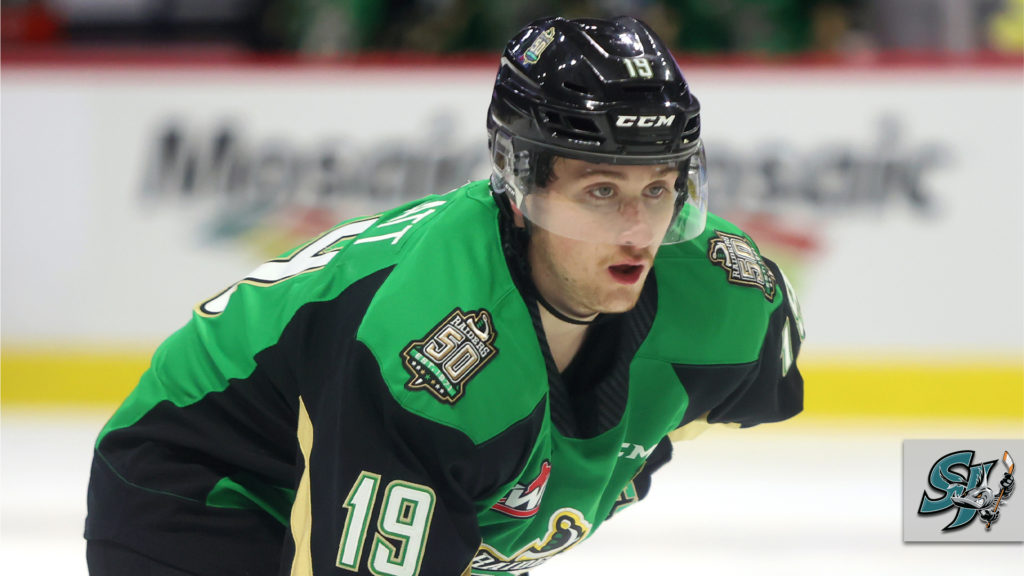 Wiesblatt was assigned to the Barracuda by the San Jose Sharks. The Barracuda are the AHL affiliate of the Sharks, who picked Wiesblatt 31st overall in the 2020 NHL Draft. He signed his entry-level contract with the Sharks on October 16.

Wiesblatt spent time with the Barracuda prior to joining the Raiders for the Subway Hub Centre in Regina. The Calgary, AB product suited up in three games with the Barracuda at the beginning of the AHL season, scoring his first AHL goal on Feb. 13 at the Stars.

Upon joining the Raiders for the Hub Centre, Wiesblatt scored seven goals, and led the team with 21 assists and 28 points. Two of his seven goals on the year were game winners.

In his WHL career, Wiesblatt has totalled 48 goals and 90 assists in 152 contests.