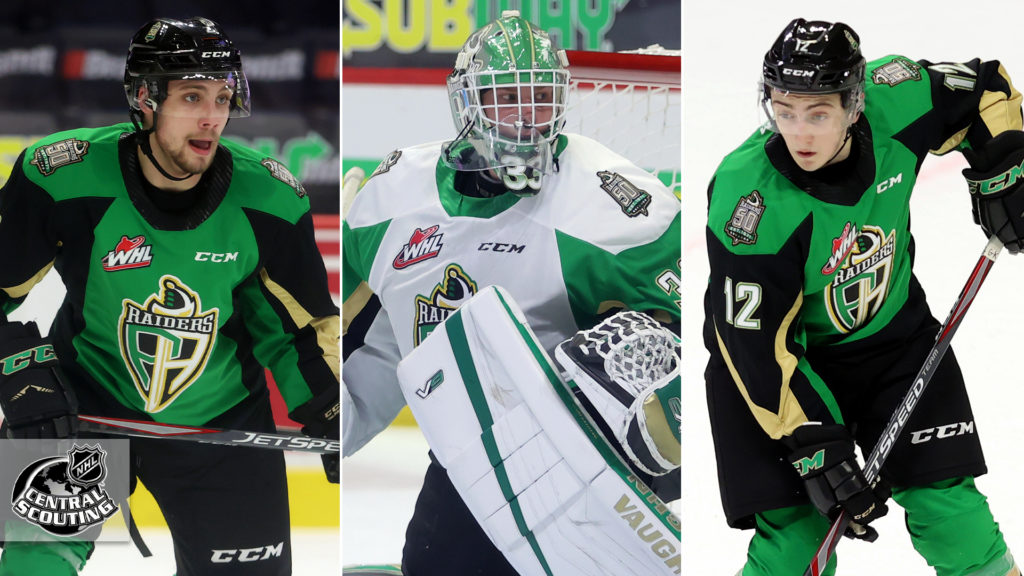 Allan was the highest ranked Raider, coming in 40th among North American skaters. The Davidson product played in 16 games during the Subway Hub Centre, picking up a goal and an assist. In his Raiders’ career, the third-overall selection in the 2018 WHL Bantam Draft has three goals and eight assists in 81 career games.

Recently, Allan represented Canada for the second time when he took part in the 2021 IIHF U18 World Championships in Texas, helping his country win the gold medal.

Kosior came in at 168th among North American skaters in his second time through the NHL Draft process. Last season, he was ranked 98th in NHL Central Scouting’s final rankings.

This season, the Regina product had four goals and 17 penalty minutes in 21 games played. Since he made his Raiders’ debut, Kosior has nine goals and 18 assists in 85 games.

In this year’s mid-season rankings, Kosior was given a “C” rating, which indicates a potential fourth-, fifth-, or sixth-round pick in the NHL Draft.

Serhyenko was ranked ninth among North American goaltenders and was the second-highest goaltender from the WHL.

The Saskatoon product posted a 2-5-2-1 record with a 3.99 goals-against average and an 0.858 save-percentage in his sophomore season in the WHL.

Sserhyenko was also given a “C” rating in NHL Central Scouting’s mid-season rankings.

The 2021 NHL Draft will be conducted virtually over two days, beginning on Friday, July 23.