Allan, Shyla Set for Quarter-finals at U18 World Championships 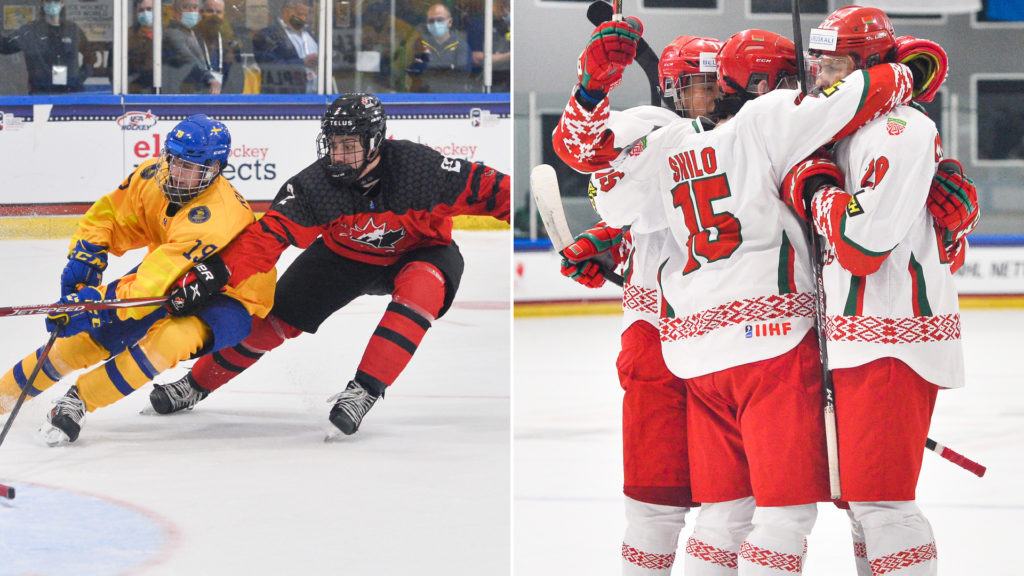 Prince Albert, SK –Defenceman Nolan Allan and forward Uladzislau Shyla have advanced to the quarter-finals at the 2021 IIHF U18 World Championships.

Allan and Team Canada claimed top spot in Group A after Saturday night’s 5-2 win over Shyla and Team Belarus in the final game of the group stage. Canada posted a perfect 4-0 record with additional wins over Latvia, Sweden, and Switzerland. Belarus finished the round robin in third place with a 2-2 reccord, picking up wins over Latvia and Switzerland.

Allan suited up in all four games for Canada in the group stage, scoring in Canada’s tournament opener against Sweden for his lone point so far. He also has posted a plus-four rating. Shyla also played in all of the round-robin games for his country, putting up three assists in four games.

A look at Nolan Allan’s goal from the point against Sweden! https://t.co/80fKtfVv7u

All four quarter-final games at the tournament will be played on Monday, starting with Shyla and Belarus taking on Russia at 11:30 a.m.  CST. Allan and Canada will follow at 2 p.m. CST when they take on the Czech Republic. Canada’s quarter-final matchup will be shown on TSN.

The semifinals of the tournament will take place on Wednesday, followed by the gold- and bronze-medal games on Thursday.