Wiesblatt Returned to Raiders from Barracuda 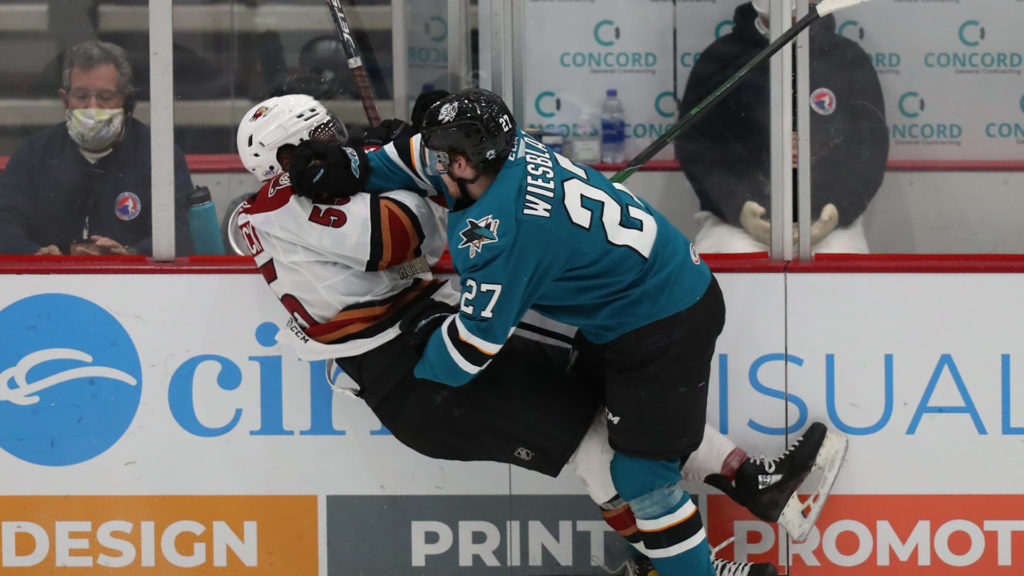 Prince Albert, SK – After making his professional debut, forward Ozzy Wiesblatt has been returned to the Prince Albert Raiders from the AHL’s San Jose Barracuda, the affiliate of the San Jose Sharks.

Wiesblatt played in three games with the Barracuda to start the AHL season, registering his first professional goal in the process.

The Calgary, AB product was selected 31st overall by the San Jose Sharks in the 2020 NHL Draft in October. Later that month, he signed an entry-level contract with the club.

Wiesblatt is coming off a 25-goal season with the Raiders in 2019-20, finishing the campaign second on the team in scoring with 70 points. In his WHL career, the 5’10, 185-lb forward has 41 goals and 69 assists in 129 games. He also had five goals and five assists as part of the Raiders’ run to claim the 2019 Ed Chynoweth Cup as WHL Champions.

The Raiders return to action with the rest of the WHL’s East Divsion in the Hun Centre in Regina beginning on Friday, March 12.