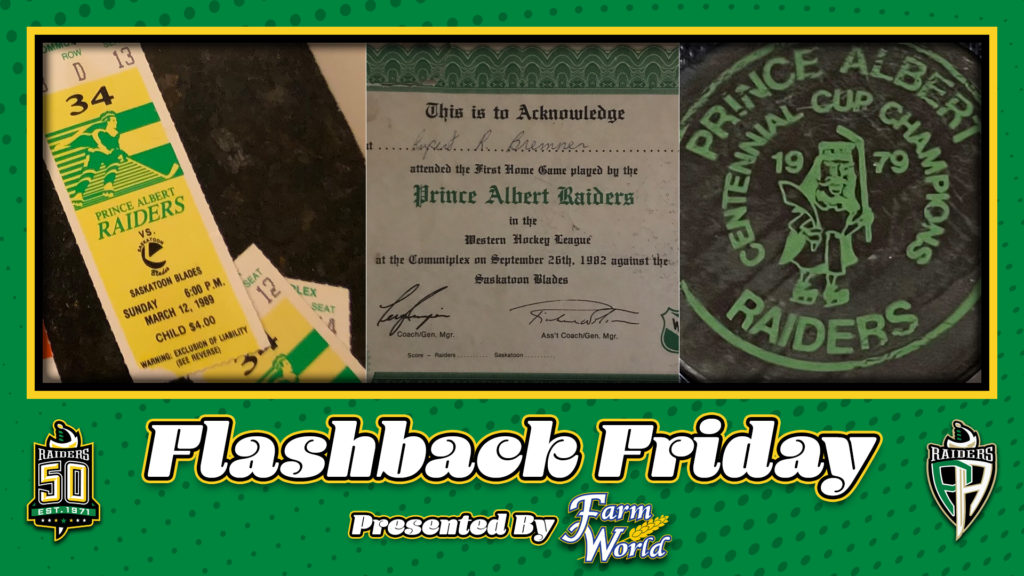 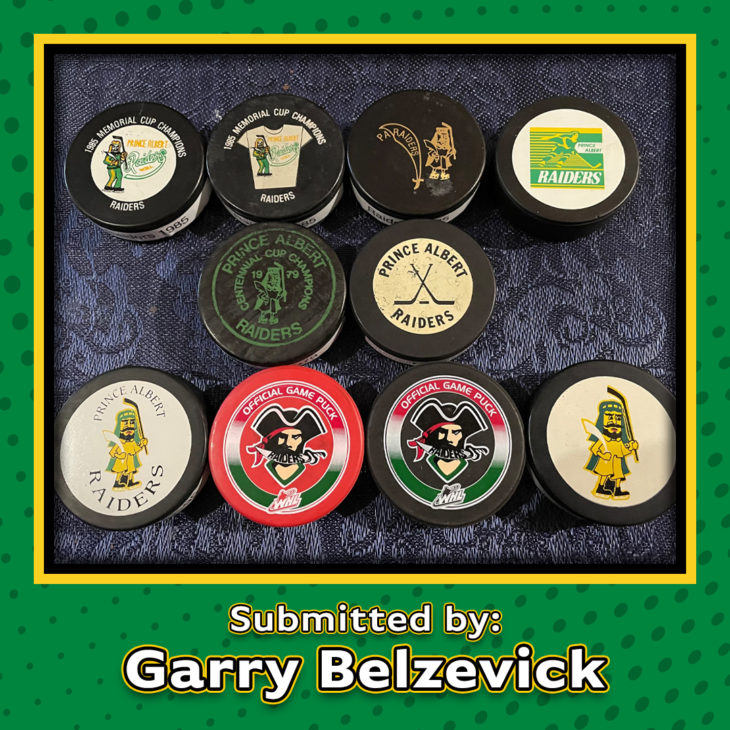 Up first this week is a collection of pucks sent in by Saskatoon’s Garry Belzevick! Thanks for sending these in, Garry! 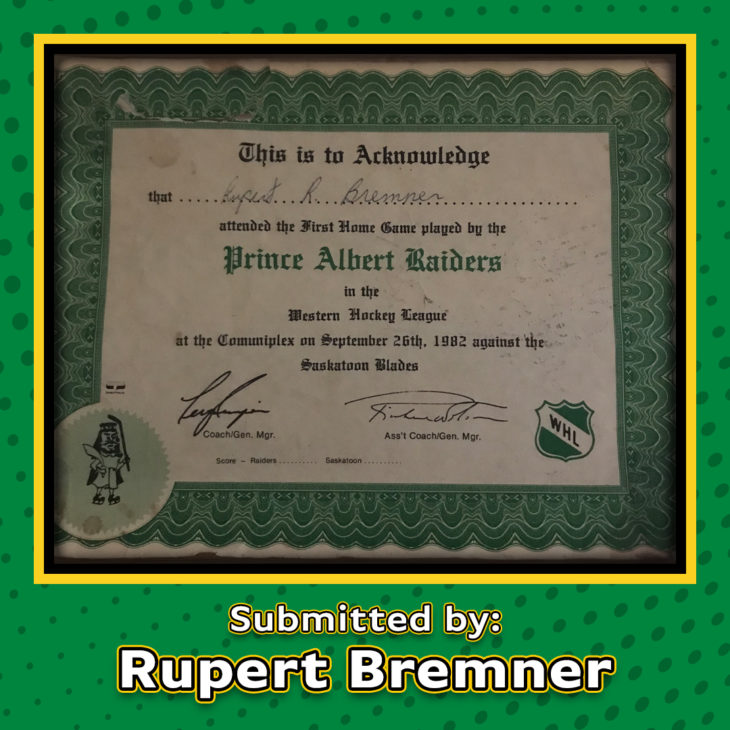 Our second submission this week comes from Rupert Bremner of Prince Albert. He sent in a certificate from the Raiders’ first WHL game played at the Communiplex.

“I attended the first WHL game played by the Raiders on September 26, 1982,” Rupert wrote. “Everyone in attendance got a certificate.”

Thanks for sharing, Rupert! 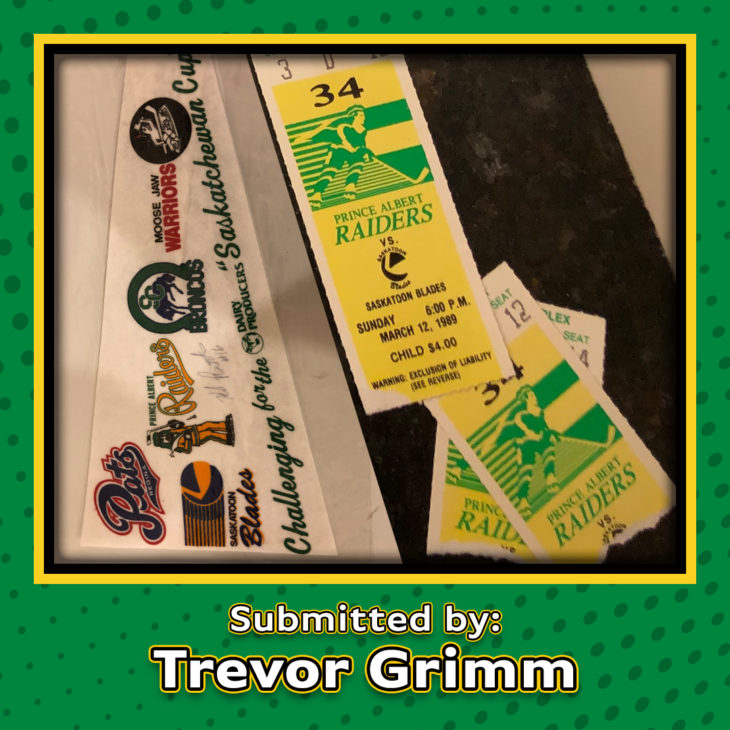 Last but not least this week is a pair of items from Trevor Grimm of Chicago, IL. He sent in a pennant featuring the logos of all five Saskatchewan-based WHL teams, as well as tickets to a game he attended in Prince Albert on March 12, 1989.

“The tickets were from a game I attended,” Trevor wrote. “The pennant was a giveaway to fans in all five Saskatchewan WHL arenas, I’m thinking sometime around 1989. Unfortunately, I don’t know who signed it. I actually grew up in Saskatoon, but also attended a few games in PA every year. So it could be a player from either team.”

Do you know who the player is? Thanks for sharing your items, Trevor!

That’s all for the this week’s Flashback Friday Presented By Farm World! You can continue to send in your favourite pieces of Raider memorabilia to be featured in future posts. Fill out the form here.