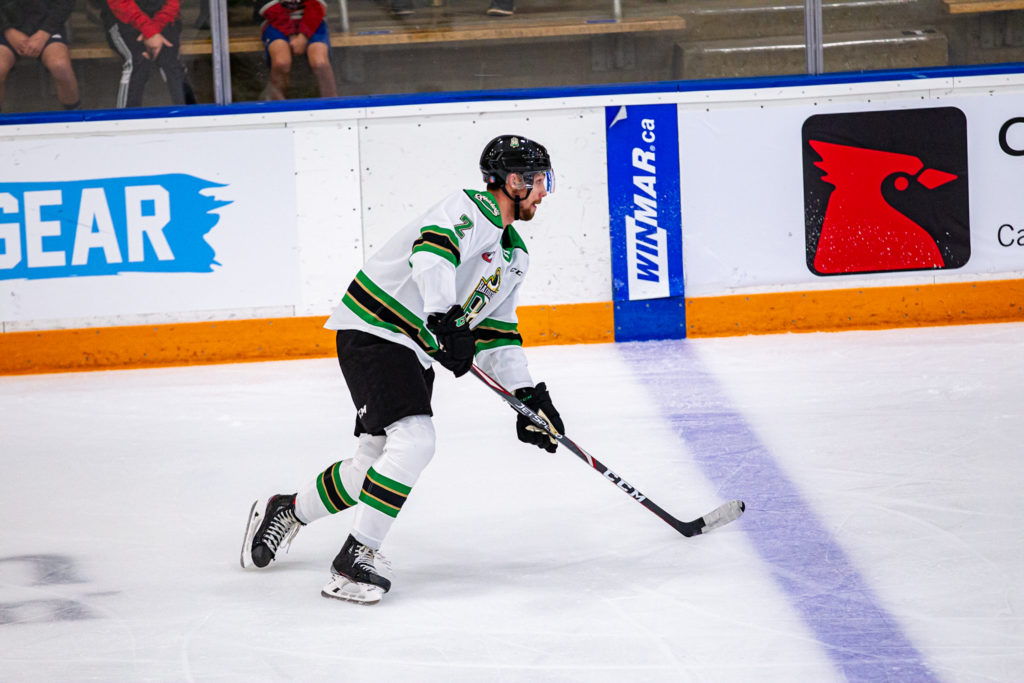 Gage Alexander made 13 saves for the ICE to pick up the shutout.

Winnipeg opened the scoring 8:21 into the first period. Jakin Smallwood took a pass in the slot and fired a shot past Ronin Geraghty, who was making his first start as a Raider.

On a power play later in the first, the ICE extended their lead. Zachary Benson gained the zone following a faceoff in the neutral zone. He found Mikey Milne cutting to the net and lifted a shot over Geraghty to give Winnipeg a 2-0 lead.

Before the end of the opening period, Smallwood scored his second of the contest. Conor Geekie circled around the back of the net and found the overager at the side of the goal. Smallwood one-timed the pass past Geraghty to give Winnipeg a 3-0 advantage after 20 minutes.

The ICE added to their lead early in the second shortly after a Raiders’ power play. Owen Pederson made a cross-zone pass to Connor McClennon, who cut back across the goal and slid the puck past Geraghty 1:50 into the middle frame.

McClennon struck again two minutes later on a power play. He one-timed a shot from the left faceoff circle through Geraghty to give Winnipeg a 5-0 lead.

In the third, the ICE added three more goals to round out the scoring. Geekie struck first in the period after making a move at the blueline. Then, a centered pass got past Geraghty as both McClennon and Pederson crashed to the net. McClennon was given credit for the goal. The final goal of the game came when Benson tipped a point shot past Geraghty on a power play.

Geraghty finished with 26 saves in his first appearance this season.