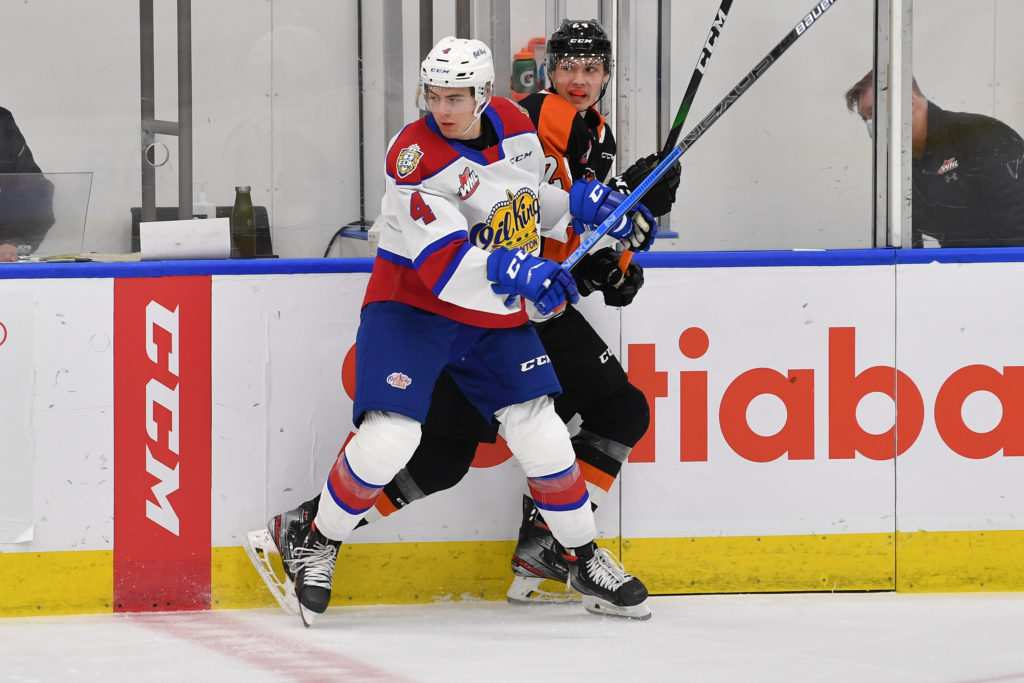 In exchange, the Raiders sent 2004-born defenceman Graydon Gotaas and a conditional fifth-round pick in the 2024 WHL Prospects Draft to Edmonton.

“Ross is a good skating young defenceman with a really good skill set,” said Raiders General Manager Curtis Hunt. “He provides us with good depth on the blueline. We’re excited to add him to the fold.”

Stanley was selected 40th overall in the 2019 WHL Prospects Draft by the Oil Kings. He signed with Edmonton during the team’s training camp in 2019.

Gotaas, drafted 44th overall in the 2019 WHL Prospects Draft by the Raiders, played in 19 games with Prince Albert in the Subway Hub Centre. He posted a goal and three assists with a minus-four rating.

“We thank Graydon for his time as a Raider and wish him the best during his time in Edmonton,” said Hunt.

Additionally, the Raiders re-assigned 2004-born forward Alex Mack and 2004-born goaltender Ronin Geraghty. Mack played in two games over the weekend, recording three shots on goal. Geraghty made one start for the Raiders in the regular season, stopping 26 shots in a loss to the ICE in Winnipeg.

The Raiders are off until Friday night when they make their first trip to Alberta since the 2019-20 season for a rematch with the Tigers in Medicine Hat. The following night, they head to Lethbridge to square off with the Hurricanes. Both games begin at  7 p.m. MT and can be streamed on WHL Live on CHL TV.

The next Raiders’ home game is on Friday, October 29 when the Brandon Wheat Kings visit the Art Hauser Centre. Game time is 7 p.m. MT. Tickets are available the Raiders Office, Monday to Friday from 9 a.m. to 5 p.m. and any time at SaskTix.ca.