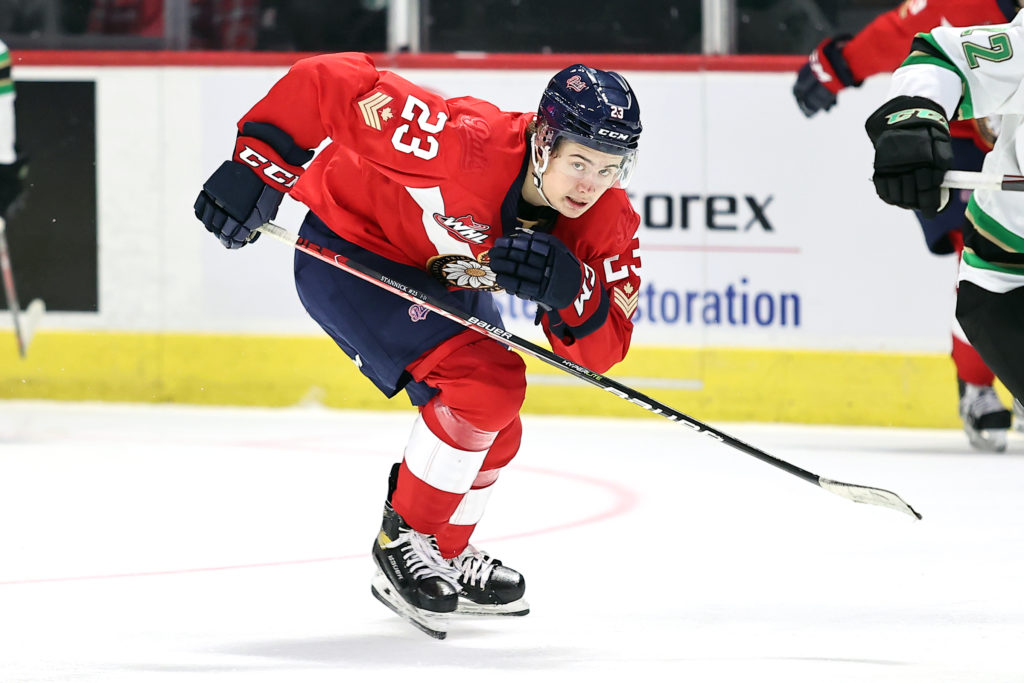 In exchange, the Raiders have sent 2003-born defenceman Adam McNutt to Regina.

Through five games this season, Stanick had two goals and two assists for the Pats. In his career, the Rapid City, MB product had five goals and nine assists in 78 career games with Regina.

Listed at 6’1 and 177 lbs, Stanick was selected in the seventh round of the 2018 WHL Prospects Draft by the Everett Silvertips. He was acquired by the Pats at the 2019 WHL Trade Deadline from the Silvertips.

“Sloan is a versatile player that we believe can play anywhere in the top six of our lineup and play in all situations,” said Raiders General Manager Curtis Hunt.

McNutt played in the first four games for the Raiders this season, registering two penalty minutes and four shots on goal. In his career, the blueliner had a goal and two assists in 26 games with the Raiders.

“We thank Adam for his contributions to the Raiders,” Hunt said. “We wish him good luck in the future.”