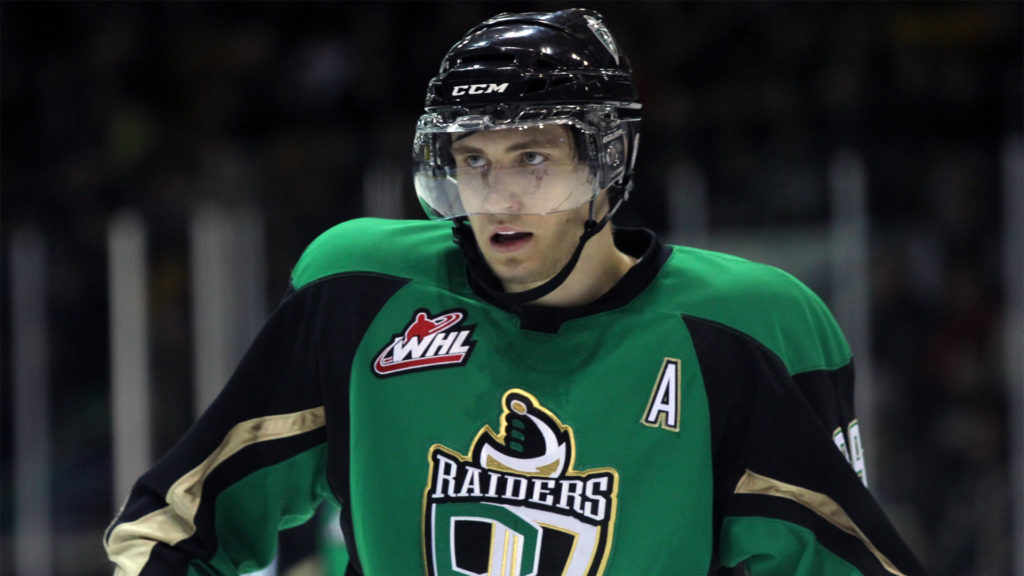 Edmonton, AB – Prince Albert Raiders alumnus Leon Draisaitl was named the winner of the Hart Memorial Trophy and the Ted Lindsay Award at the 2020 NHL Awards on Monday night.

Draisaitl played in all 71 of the Edmonton Oilers’ regular season games, leading all scorers in the NHL with 110 points (43 goals, 67 assists) to win the Art Ross Trophy. He led the league in points per game (1.55), assists (6), and power-play points (44). He also tied for the league lead with 10 game-winning goals.

The Ted Lindsay Award is presented annually to “the most outstanding player in the NHL” as voted by members of the National Hockey League Players’ Association (NHLPA), according to the Association’s website. Draisaitl is the first German-born recipient in the history of the Ted Lindsay Award. Nathan MacKinnon of the Colorado Avalanche and Artemi Panarin of the New York Rangers were also finalists for the award.

He is also the first German-born winner of the Hart Memorial Trophy as the NHL’s Most Valuable Player as voted by the Professional Hockey Writers Association. Draisaitl garnered 91 first-place votes out of 170 ballots cast, beating out fellow finalists MacKinnon and Panarin for the award.

Who better to present the Hart Trophy to Leon Draisaitl than the Great One, @WayneGretzky! #NHLAwards pic.twitter.com/rHJNSzD6y2

In addition, Draisaitl was named to the NHL’s First All-Star Team.

All six members are receiving “First Team” honors for the first time in their career. The only other time that happened was 1930-31, the first year of NHL All-Star Team selections. #NHLAwards#NHLStats: https://t.co/XoIfqGYOhJ pic.twitter.com/YigHKHtxk7

A product of Cologne, Germany, Draisaitl was selected in second overall in the 2012 CHL Import Draft. He played in 128 games over two seasons with the Raiders from 2012 to 2014, tallying 59 goals and 104 assists with the club. He was picked third overall by the Oilers in the 2014 NHL Draft.