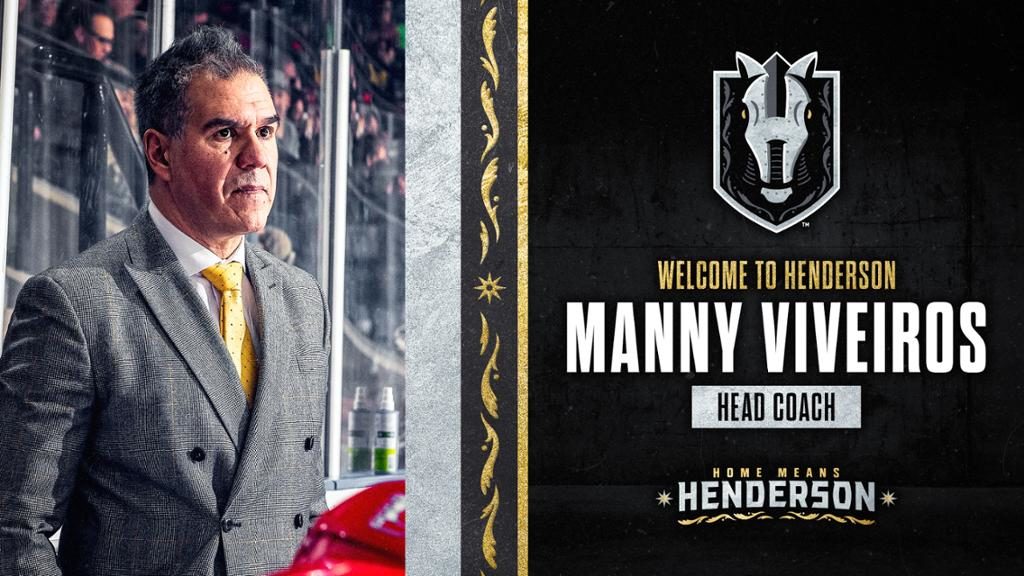 Following the 1983-84 where he set the franchise record for assists (93) and points (109) from a defenceman, the St. Albert, AB product was selected 106th overall by the Edmonton Oilers in the NHL Draft. In 1985, Viveiros helped the Raiders claim the Memorial Cup with two goals and six assists in five games played at the tournament. He served as the team captain for the 1985-86 season.

Viveiros was inducted into the Raiders’ Wall of Honour in 2008.

“Whether it’s been on the ice, behind the bench or in the front office, Manny Viveiros has been a part of the game at every level,” said Vegas Golden Knights General Manager and Raiders alumnus Kelly McCrimmon (1977-78) in a team release. “In our search for the Silver Knights Head Coach, we were looking for someone who could not only lead a winning team to the Calder Cup Championship but could set a positive example for our prospects. We’re confident Manny is up for the task and are excited to see his impact on our organization.”

Viveiros has 13 years of coaching experience in North America and overseas, most recently with the Spokane Chiefs during the 2019-20 season. He also guided the Swift Current Broncos to the 2018 Ed Chynoweth Cup as bench boss and was named the WHL’s Coach of the Year.

The Raiders have launched a game puck package as part of the celebrations for the 50th Season of Raider Hockey. For $100, fans can get their names on official game pucks that will be used during play. For more information, click here.