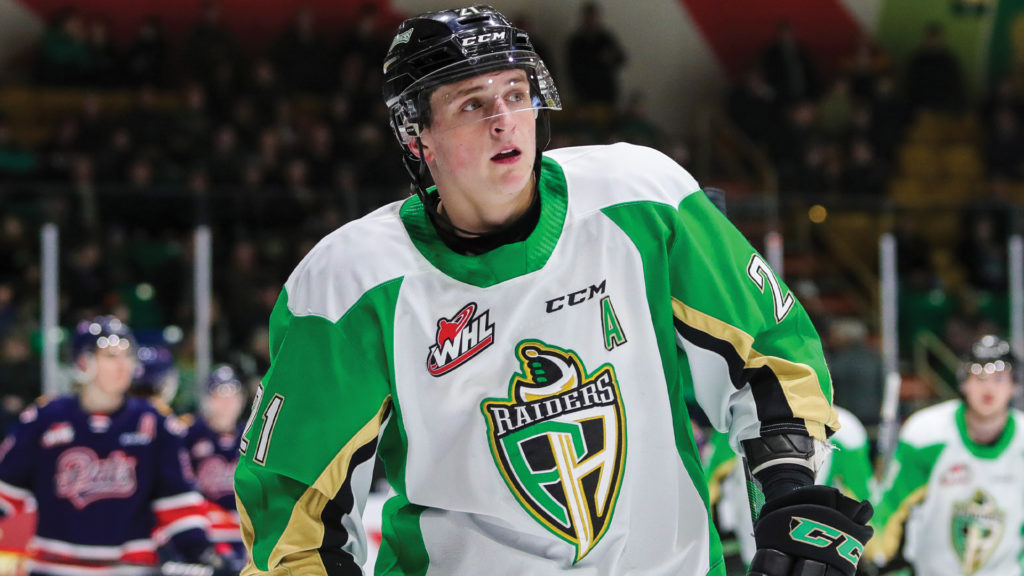 Protas will join Raiders teammate Ilya Usau on the club. Usau signed a tryout agreement with Dinamo Minsk in July.

According to a release from the Washington Capitals, Protas is expected to be recalled to North America for the start of the 2020-21 WHL season or the Capitals’ 2020-21 training camp.

Protas led the Raiders in scoring with 31 goals and 49 assists in 58 games this season, leading to the Belarusian centreman to share the Orland Kurtenbach Award as the Raiders’ Most Valuable Player Presented By Lake Country Co-op. He was drafted by the Capitals in the third round of the 2019 NHL Draft.

Usau was the Raiders’ highest-scoring rookie for the 2019-20 season, putting up 22 goals and 30 assists in 58 games. The 2020 NHL Draft eligible prospect won the George Cowie Award as the Raiders’ Rookie of the Year Presented By Broda Construction.

The Washington Capitals have loaned center Aliaksei Protas to Dinamo Minsk of the Kontinental Hockey League (KHL) to begin the 2020-21 season.https://t.co/2WegymfKqf