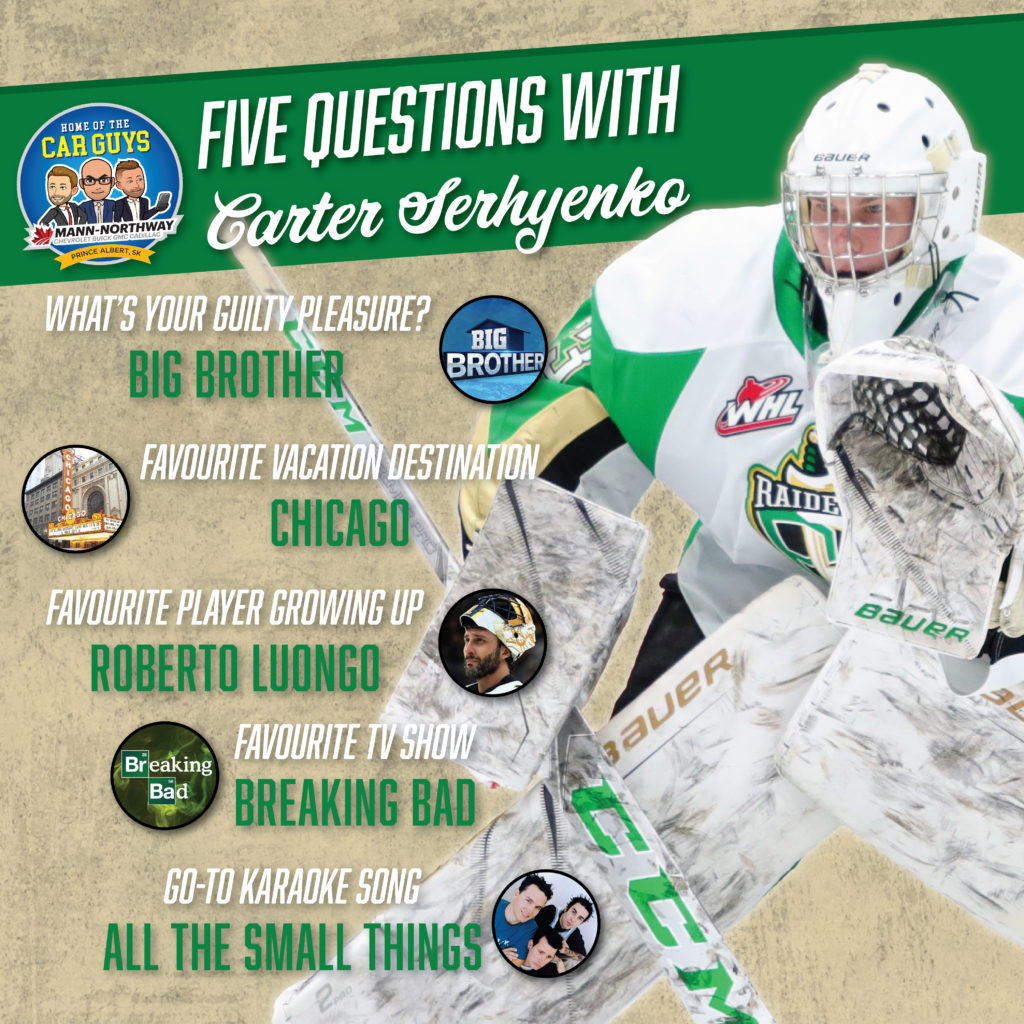 Earlier this offseason, we sent our players a questionnaire covering a wide variety of topics. This week features rookie goaltender Carter Serhyenko!

Serhyenko signed his WHL Standard Player Agreement following the Raiders’ 2019 Training Camp. He made his WHL debut on October 8 in a rematch of the 2019 WHL Championship, picking up a win over the Vancouver Giants. In his first season the WHL, the Saskatoon product posted a 7-5-0-1 record in 15 appearances with a 2.21 goals-against average and a 0.916 save percentage.