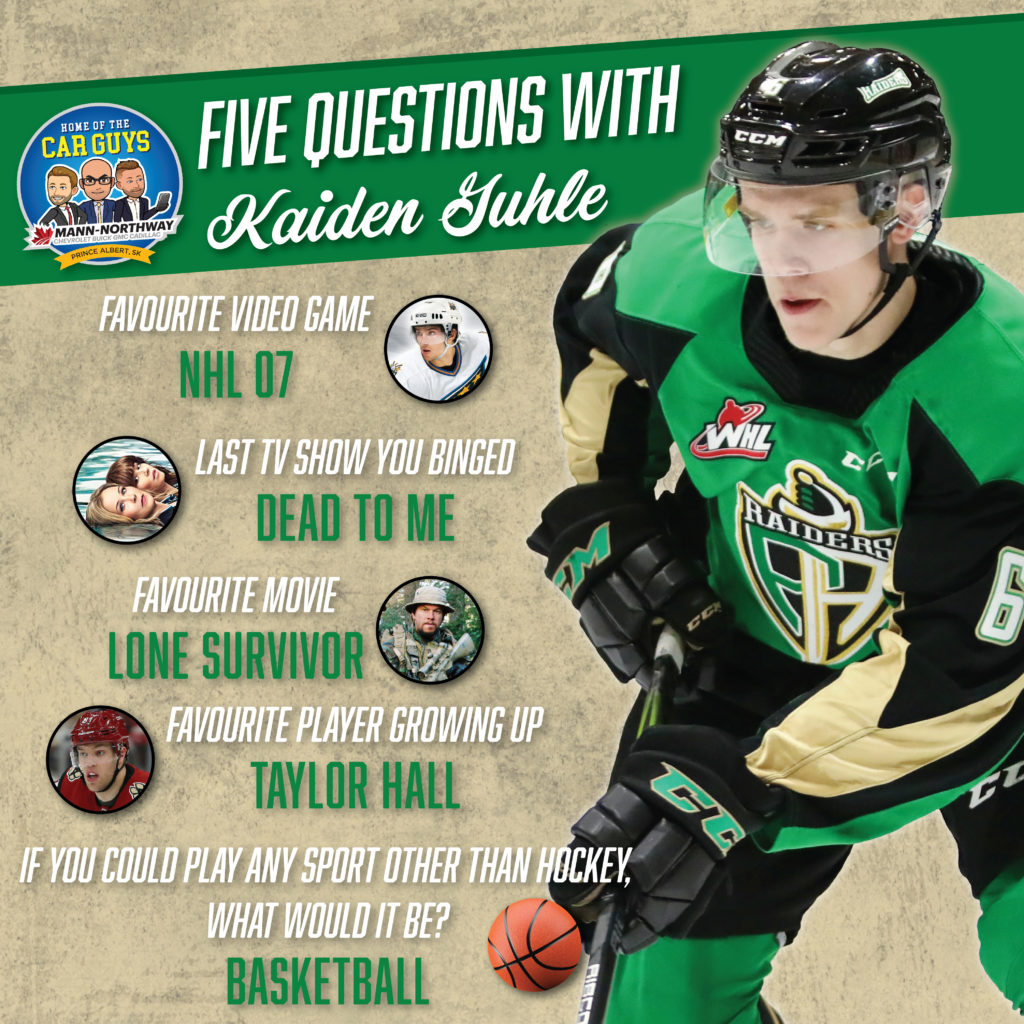 Earlier this offseason, we sent our players a questionnaire covering a wide variety of topics. This week features defenceman Kaiden Guhle, co-recipient of the Jim Neilson Award as the Raiders’ Most Valuable Defenceman Presented By North Star Signs.

Guhle played in all 64 games for the Raiders this season, setting new career highs in goals (11), assists (29), points (40), plus-minus (+23), power-play goals (five), and game-winning goals (three). In two seasons in the WHL, the Sherwood Park, AB product has 14 goals and 44 assists in 137 games after being drafted first overall in the 2017 WHL Bantam Draft.

Internationally, Guhle suited up for Canada at the 2019 Hlinka Gretzky Cup. He picked up an assist in five games while serving as an alternate captain for the team.

Guhle is eligible for the 2020 NHL Draft, which is scheduled to take place on October 9 and 10. He was the top-ranked player in the WHL by NHL Central Scouting, coming in at eighth among North American skaters in their final rankings back in April.